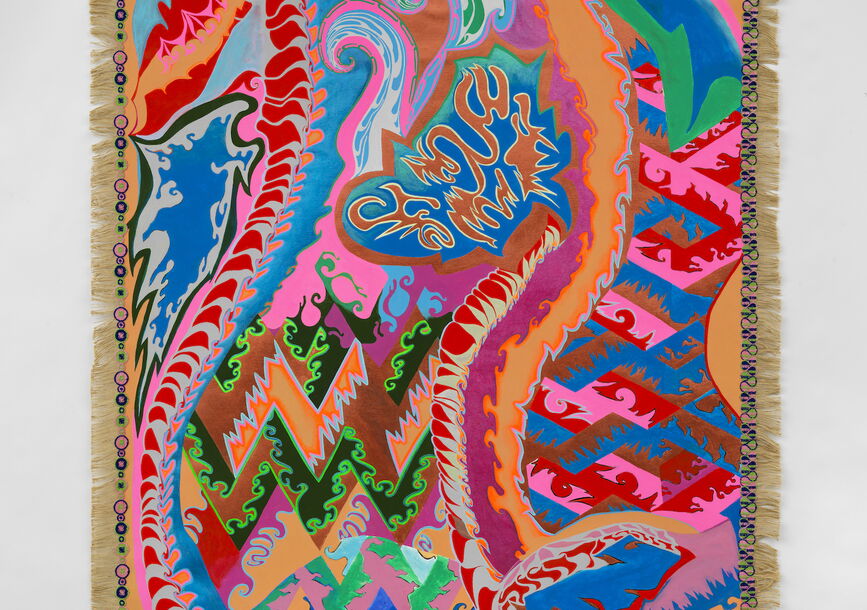 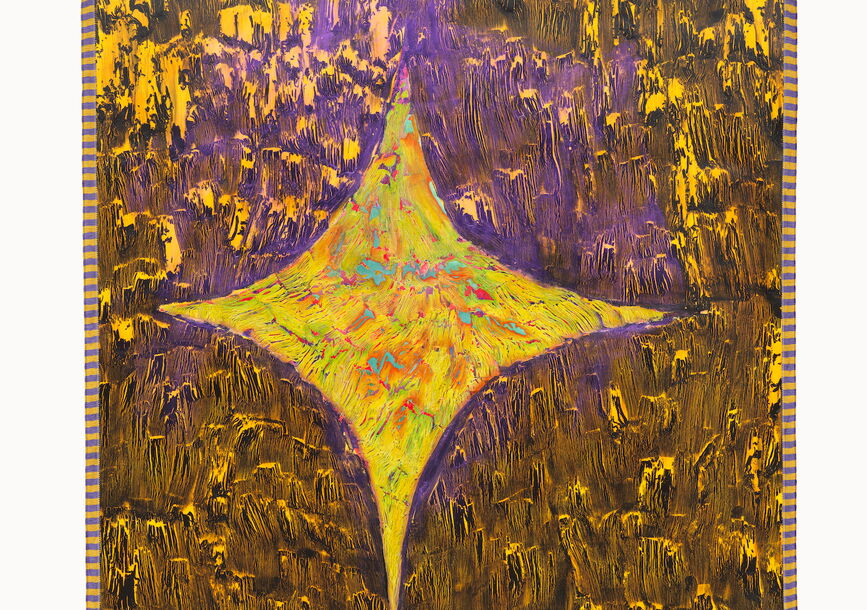 Lisa Alvarado is a visual artist and performer best known for her free-hanging abstract paintings. Her works operate as stage sets and artworks simultaneously and engage with abstraction beyond the parameters of Western art history. Alvarado’s first solo exhibition in Los Angeles continues her exploration of abstract visual language and its relationship with sound, rhythm, and vibrations. Her artistic practice takes inspiration from her sound performances, textiles traditions from the Americas, and her family experience as Mexican American in the Texas border region.

I see Alvarado as part of a long-overdue appreciation for the political possibilities and nuances of abstraction.