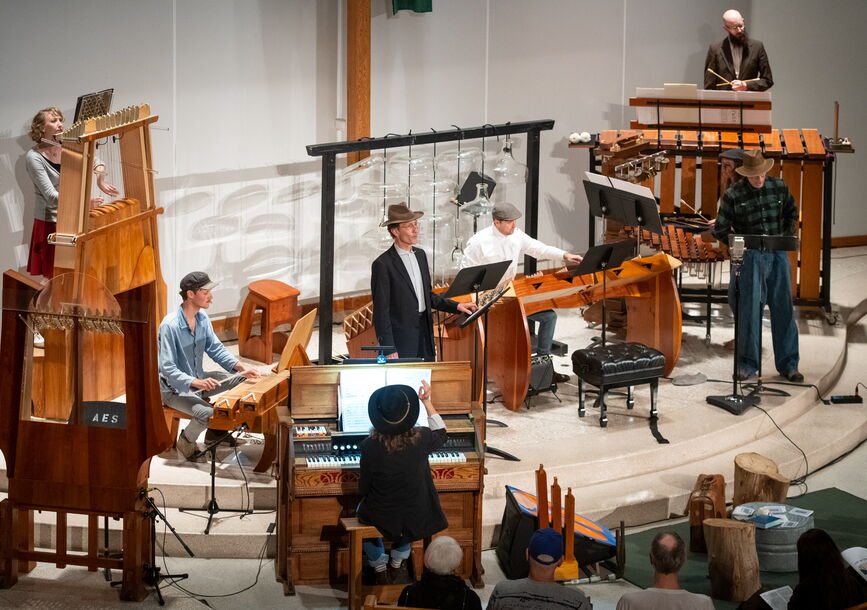 Grammy Award-winning PARTCH Ensemble presents Harry Partch’s complete masterwork The Wayward, [Barstow, San Francisco, The Letter, U.S. Highball, Ulysses]: “A collection of musical compositions based on the spoken and written words of hobos and other characters—the result of my wanderings in the Western part of the United States from 1935 to 1941.”

Opening with the rousing Cloud Chamber Music, the program also includes the premiere of a new work by microtonal maven Kyle Gann.