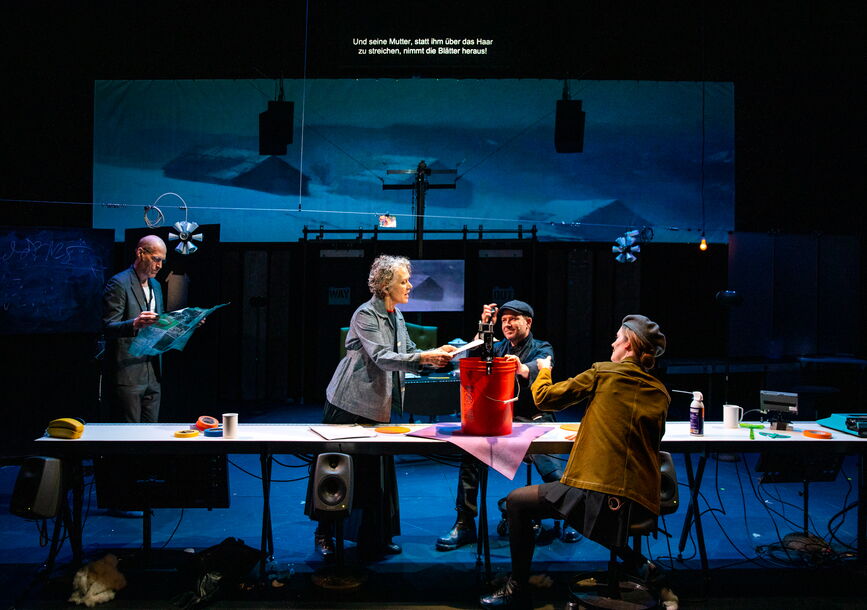 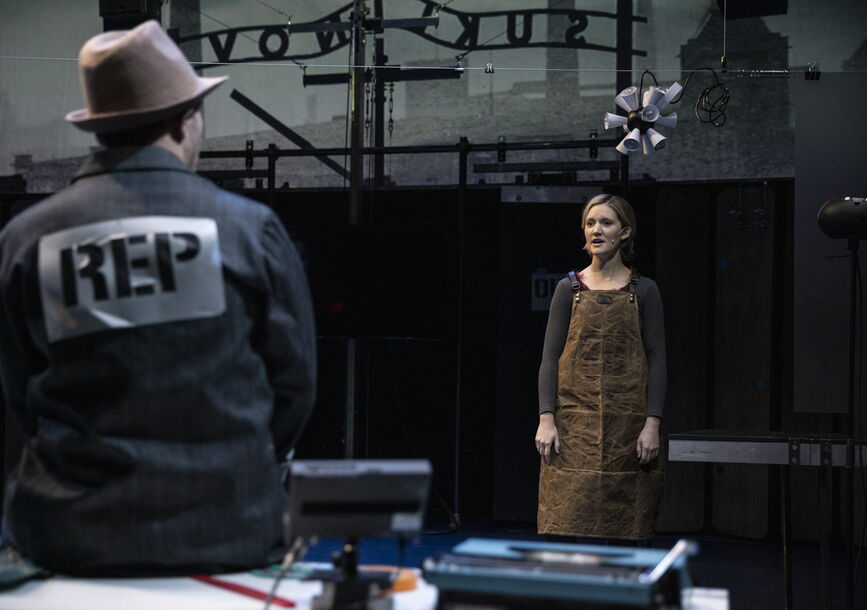 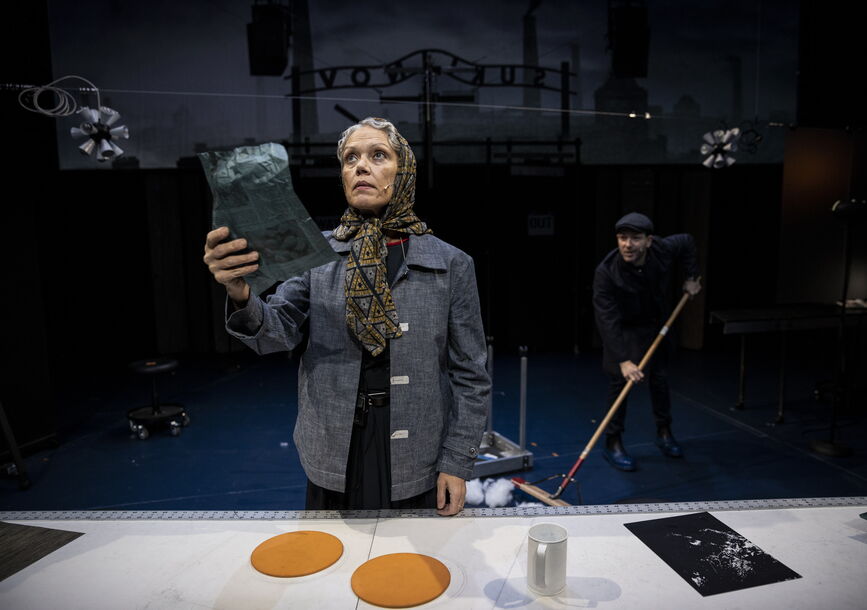 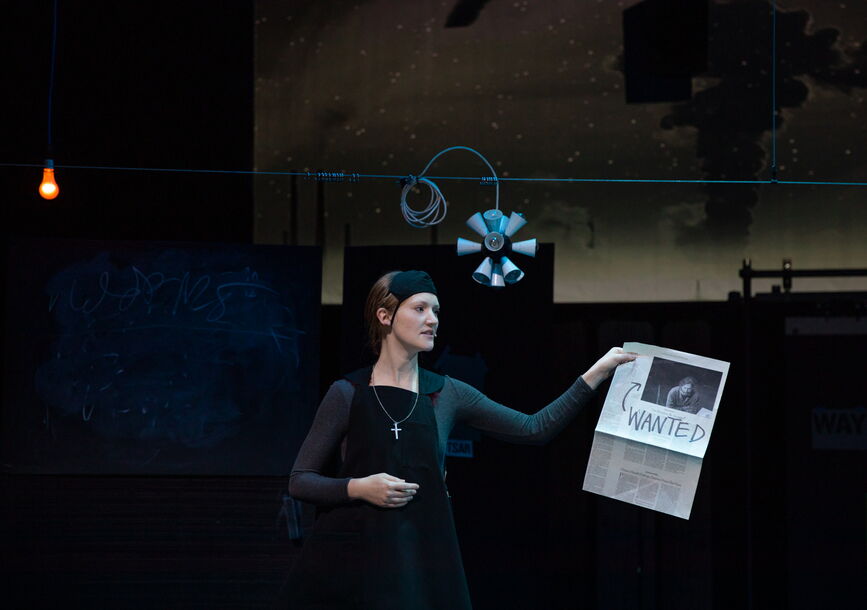 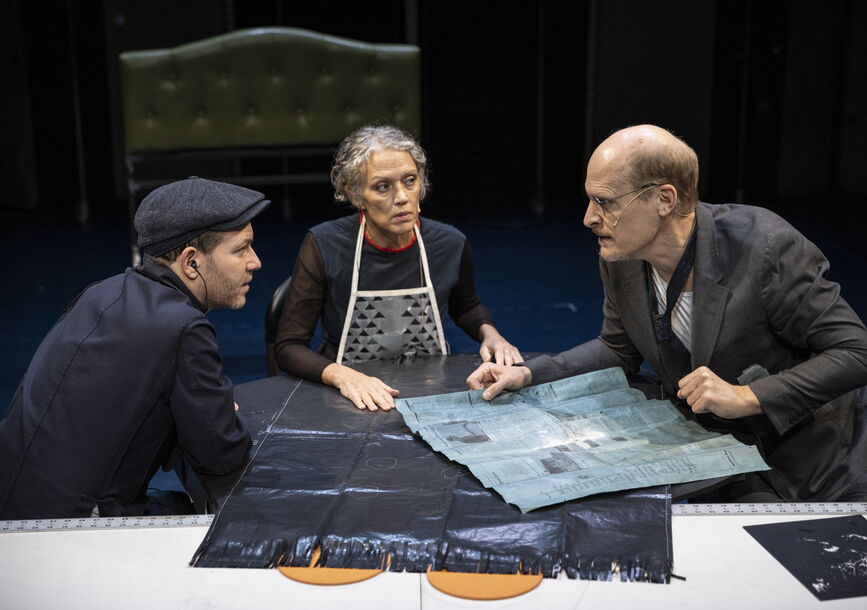 The Wooster Group returns to REDCAT with a new production of Bertolt Brecht’s 1932 play The Mother. This play was written by Brecht in the style of a “learning play,” intended both to entertain and to incite social change. He used plain language and songs to tell the story of an illiterate Russian woman’s journey to revolutionary action. The Wooster Group’s American translation of The Mother uses the vernacular of early Hollywood gangster movies (one of Brecht’s favorite genres). The production features new music by composer Amir ElSaffar, who works across classical, jazz, and Arabic musical forms. The Mother is The Wooster Group’s first staging of Brecht, and the result is a dialogue between two influential experimental theater methodologies.

The Mother is supported by co-production funds from Wiener Festwochen and piece by piece productions.

Additional support provided by the National Endowment for the Arts.

The Wooster Group wishes to thank the Heirs of Bertolt Brecht.