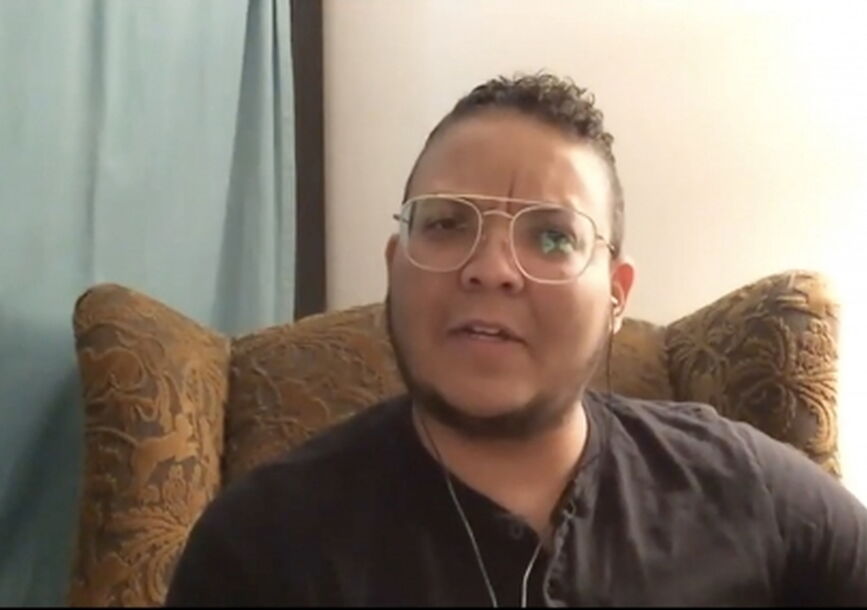 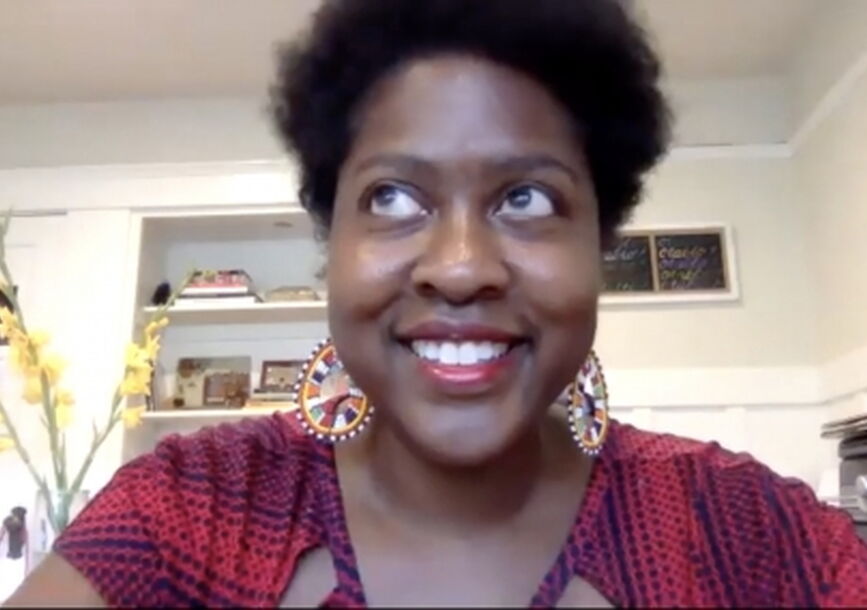 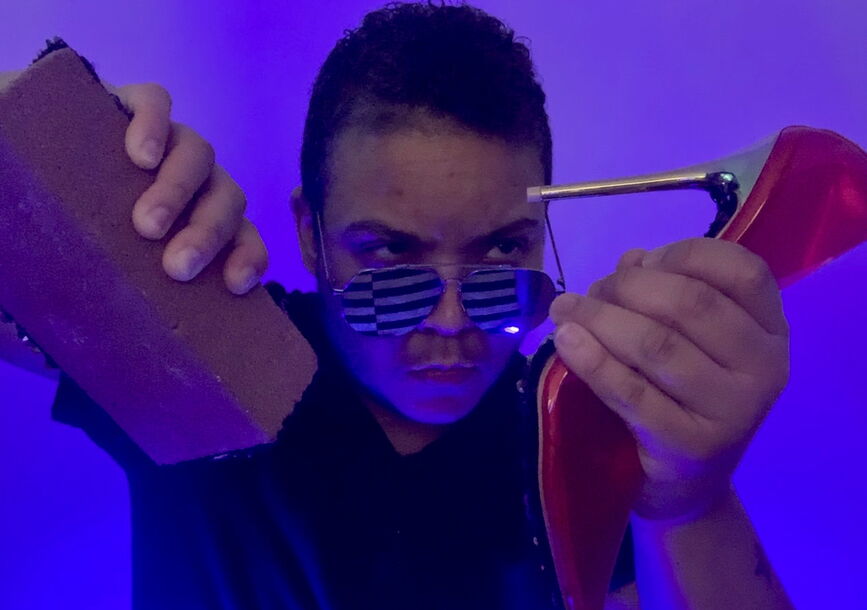 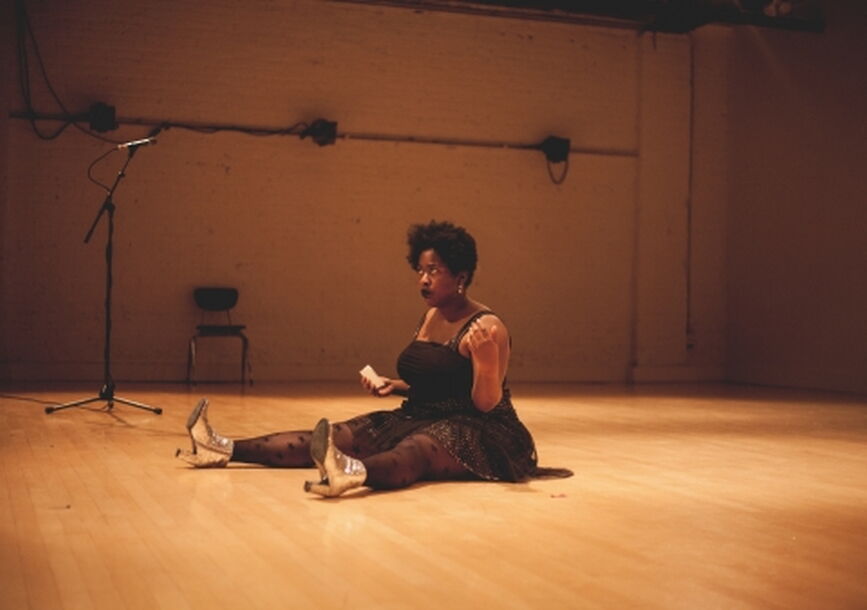 Ayana Omilade Flewellen (she/her) is a Black Feminist, an archaeologist, a storyteller, and a artist. She is the co-founder of the Society of Black Archaeologists and sits on the Board of Diving With A Purpose.  Dr. Flewellen is an Assistant Professor in the Department of Anthropology at the University of California, Riverside. Her research and teaching interests are shaped by and speak to Black Feminist Theory, historical archaeology, maritime heritage conservation, public and community-engaged archaeology, processes of identity formations, and representations of slavery.  Her current book project, tentatively titled A Black Feminist Archaeology of Adornment, examines sartorial practices of self-making among African American tenant, sharecropping and landowning farmers in post-emancipated Texas. Sartorial practices, in this forthcoming work, are defined as social-cultural practices, shaped by many intersecting operations of power and oppression including racism, sexism, and classism, that involve modifications of the corporal form (e.g., scarification, body piercings and hair alteration), and all three-dimensional supplements added to the body (e.g., clothing, hair combs, jewelry).  She currently is the Co-PI of the Estate Little Princess Archaeology Project, an award-winning collaborative community engaged archaeological project based on the island of St. Croix, USVI.

Ra Malika Imhotep is a Black feminist writer and performance artist from Atlanta, Georgia. As a scholar and cultural worker, Ra is invested in exploring relationships between queer articulations of Black femininity, Southern vernacular culture, and the performance of labor. As a steward of Black Studies and Black feminist thought, Ra dreams, organizes and facilitates spaces of critical reflection and embodied spiritual-political education with The Church of Black Feminist Thought, Gallery of The Streets and Southerners on New Ground.

Jasmine Nyende is a textile and performance artist from South Central Los Angeles. She is the lead vocalist for the Black queer punk band FUPU!, and her art practice spans collaborative weaving, performative poetry, hand knitted clothing, and sculpture. Principles of skillshare, each one teach one, and DIY culture are core to her practice and inspired her craft and activism group Common Threads.

Fox Whitney (he/him) is the artist behind Gender Tender, an interdisciplinary performance project that centers his queer Black mixed transgender point of view. He creates experiences that investigate the nature of queer relationships, trans histories, and the surreal nature of transformation Gender Tender engages a team of artists trained in Fox’s unique methods modeled on cults, sitcoms and riots. Fox is a 2020 artist in residence at On the Boards in Seattle Washington. He was selected as the 2018 artist in residence at Velocity Dance Center. His performance work has been commissioned and produced by On the Board’s NW New Works Festival and Solo Festival; Velocity’s Next Fest NW and Seattle Festival of Dance Improvisation; the Seattle International Dance Festival; Yellow Fish Epic Durational Performance Festival and was selected for the inaugural season of Seattle’s Gay CIty Arts. His short dance films have screened at CounterPulse in San Francisco, at Seattle’s Twist Film Festival, Translations: Seattle’s Transgender Film Festival and at Next Dance Cinema presented by Velocity and Northwest Film Forum. He has an MFA in Fiber and Material Studies from the School of the Art Institute of Chicago and has exhibited his visual art nationally. He has performed in work by Morgan Thorson, Gabrielle Civil, Vladimir Kremenović, Keyon Gaskin, Andrew Schneider and Malic Amalya. His most recent project MELTED RIOT, a queer meditation inspired by the Stonewall Riots of 1969 was presented by Velocity on the 50th anniversary of the riots in 2019. An online Melted Riot digital residency featuring a series of performances made specifically for Instagram and Zoom happened June 2020 with the support of On the Boards. He is currently working on a new edition of Melted Riot performances made for Zoom in conversation with the Henry Art Gallery’s online print and photography collection that will happen in September 2020. He is currently Interim Artistic Director at Velocity Dance Center. Fox loves wallowing in transitional space.