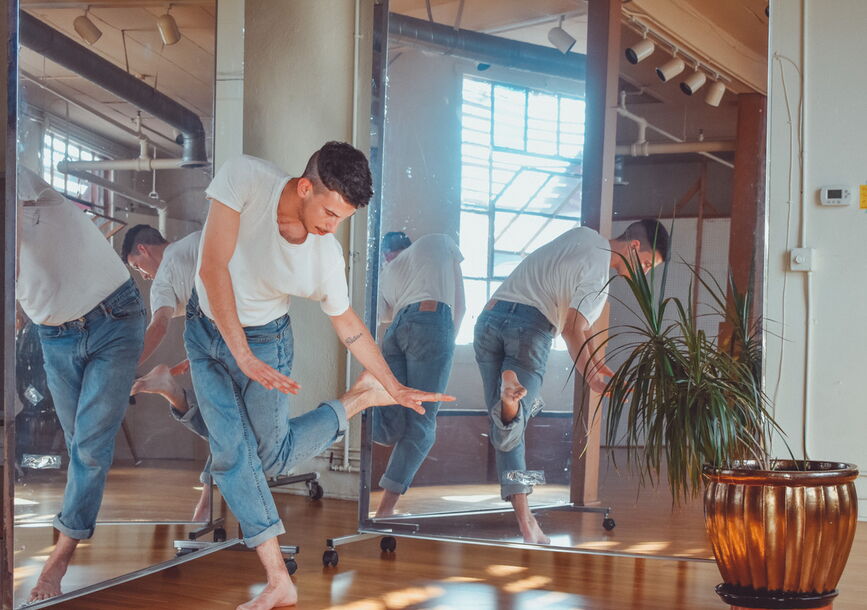 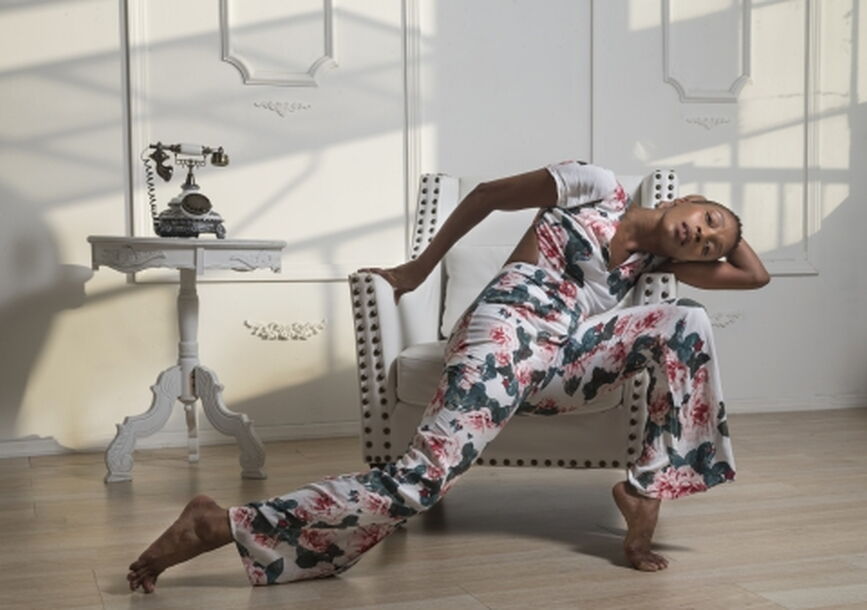 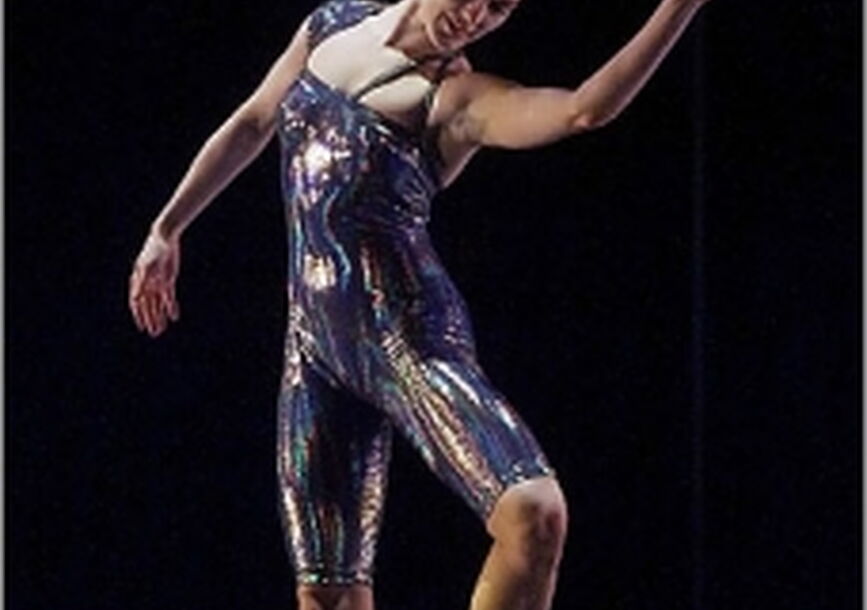 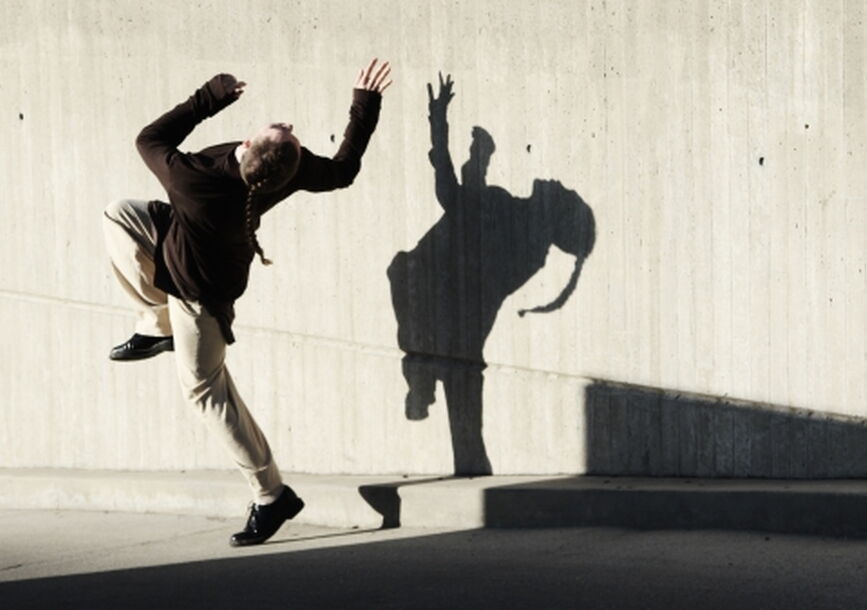 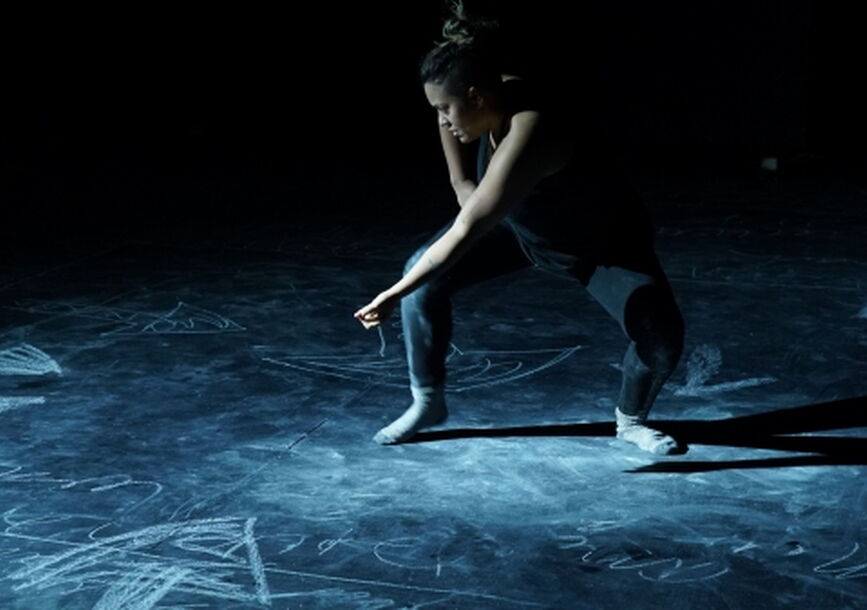 In partnership with REDCAT, CalArts Dance presents an ambitious, multi-track, online experience. Synthesizing the embodied memories of our faculty and students, we imagine new dances in new forms through new technologies. Join us for an immersive, digital performance charting our personal and shared histories with fresh insights through cutting-edge cartographies. 20/20 Hindsight and foresight.

Presented live on Zoom, HEREHEAR is both a choreographed and improvised performance, promoting heightened states of listening and exploring (with a great deal of levity!) strategies for finding a sense of ensemble during times of isolation.  By studying William Forsythe’s Kammer/Kammer and paying particular attention to the performers’ relationship to screens and cameras within the work, HEREHEAR develops and (re)imagines the relationship to performance within the virtual realm. The 15-dancer cast contains a mix of synchronous, remote, and international students, allowing for each participant to engage with the work within their respective time zones and schedules, bringing them all together for the live performance.

Via pre-taped film and live Zoom performance, CalArts dancers will present an iteration of THREAT, Sorzano’s current choreographic work in development, which examines hierarchy, rebellion, and hope. THREAT investigates the complexities and complicity of these dynamics through its human stakeholders — ruler, ruled, rebel — utilizing songs and soundbites of rebellion and rebels, as well as original musical compositions.

To create Bricolage, Farmer and 15 dancers utilized the archived notes from Collage, a dance considered to be lost, created by Merce Cunningham in 1953. Bricolage builds from Cunningham’s ideas and explores the notion of “found” movement as co-existing with highly stylized movement. Cunningham included everyday gestures and popular dance steps in the vocabulary. Arguably, Collage marked the first time that such gestures were used in performance without mimetic significance.  Through live and pre-taped performance, Bricolage investigates the desire for meaning in motion, and residues of beauty orphaned by abstract imposture.

Presented live on Zoom, the proximity dance is a collaboration between CalArts Dance faculty Lilia Deering, Justin Scheid, and sam wentz with CalArts dancers. Initially working with (and against) the Early Works of postmodern choreographer Trisha Brown as a touchstone (most notably, Accumulation and Roof Piece), the piece evolved into a study of proximity and distance (of each other and our screens), tenderness stretched across space (and time), and what it means be to be seen (or surveilled) in the age of Zoom.

As Yet Untitled (vignettes), choreographed by Rosanna Gamson/World Wide

Spenser Theberge is a performer, creator, and educator based in Los Angeles.  A graduate of The Juilliard School, Spenser is also a former dancer with the Nederlands Dans Theater and The Forsythe Company, and has been a guest artist with Kidd Pivot, Goteborgs Operans Danskompani, ARIAS Company, and RGWW.  Most recently, he performed the solo work Los Angeles by Dimitri Chamblas at REDCAT and MOCA Geffen.  As a creator, Spenser’s work has been presented around the world at theaters and companies such as Goteborgs Operans Danskompani, The Frankfurt LAB, the Korzo Theater, REDCAT, the Queer Biennial III, and Place des Arts, and his collaborations with partner Jermaine Spivey have been commissioned and produced by LA Dance Project, The Broad, NAVEL LA, DISJECTA, Reed College, and CalArts Sharon Disney Lund School of Dance. Spenser is a faculty member at CalArts, and Princess Grace Awards winner, a Young Arts winner, and a Presidential Scholar in the Arts.

Originally from the Republic of Trinidad and Tobago, Yusha-Marie Sorzano seeks to create works that speak to the complexities of the human condition. She has performed with a number of companies, including The Alvin Ailey American Dance Theater and Complexions Contemporary Ballet. She is currently a member of Camille A. Brown and Dancers, Co-Artistic Director of Zeitgeist Dance Theatre, and a 2020 New York Public Library Performing Arts Fellow. Her recent works include Jeannette: A New Musical and Testament, a collaborative work for The Alvin Ailey American Dance Theater’s virtual season celebrating the 60th Anniversary of Mr. Ailey’s seminal work, Revelations.

Holley Farmer is faculty and Director of the BFA Program, Sharon Disney Lund School of Dance at CalArts.  Farmer performed with the Merce Cunningham Dance Company from 1997-2009, created the role of Babe in Twyla Tharp’s Broadway musical Come Fly Away, and stages work for the Merce Cunningham Trust.  She has served on the faculty at Mills College, Hunter College, Sarah Lawrence College, Nassau Community College, and CSU Long Beach, along with national guest teaching and lecture engagements.

sam wentz is a dance artist currently based on Tongva land (popularly known as Los Angeles). He received his MFA in Dance and Choreography as a Teaching Fellow at Bennington College in 2016. He has performed with the Trisha Brown Company (2009 – 2014), Wally Cardona + Jennifer Lacey, Jay Carlon, Gerald Casel, Dimitri Chamblas, the Merce Cunningham Trust, Katherine Helen Fisher, Levi Gonzalez, Jmy James Kidd, Abigail Levine, Annie B. Parson, and Judith Sánchez Ruíz/JSR Company. His own work has been presented at the Bennington Museum (VT), the Geffen Contemporary at MoCA, Pieter Performance Space, REDCAT, and The Tank NYC.

A native New Yorker, Rosanna Gamson studied composition with Hanya Holm and Bessie Schonberg, and earned a BFA and MFA in Dance from NYU’s Tisch School of the Arts under the chairmanship of Lawrence Rhodes. She performed internationally as a member of Andrew DeGroat & Dancers, and in the dances of Yvonne Rainer, workshop performances of Robert Wilson, and in many others’ dance projects. Gamson studied with poets Charles Simic, Louise Glück, and Thomas Lux and her poems have been published in a number of literary magazines and journals. Since moving to Los Angeles, Gamson has created ten evening-length dance theater works as Artistic Director of Rosanna Gamson/World Wide. Gamson is the Director of the MFA in Choreography Program at CalArts Dance where she teaches composition.  Her current project, Sugar Houses, is a National Dance Project awardee. A prelude to Sugar Houses, a duet for singer/dancer/actors (and CalArts Dance alumnx) Kearian Giertz and Kevin Zambrano will be live-streamed from REDCAT in January 2021.KCRW is the Official Radio Sponsor of REDCAT.