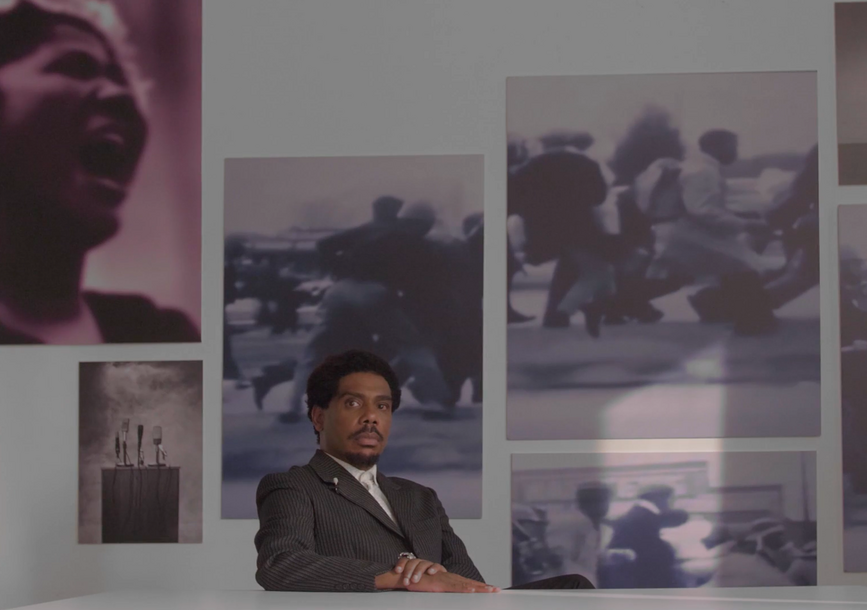 Written and performed by Alpert Award-winning poet and artist Carl Hancock Rux, The Baptism is a three-part poem and tribute to the legacies of civil rights leaders John Lewis and C.T. Vivian. This live event will also include two iterations of a short film — The Baptism and The Baptism (rhetoric) — directed by seminal artist Carrie Mae Weems, with the latter featuring an original score by Grammy-nominated singer-songwriter Meshell Ndegeocello. Followed by a conversation between Carl Hancock Rux and California African American Museum Curator and Writer Taylor Renee Aldridge.

“A work that is freeing and radical in a way that Black art so often doesn’t get to be.”