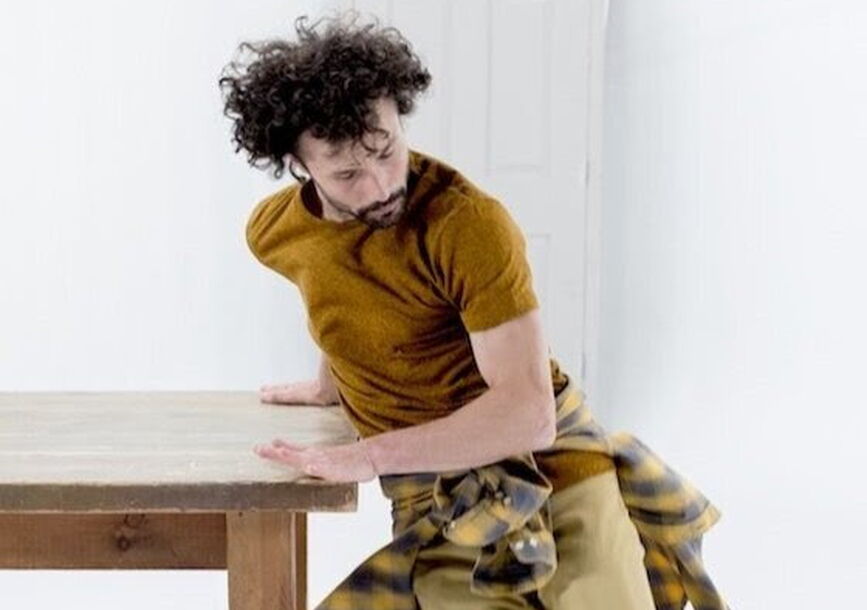 “I See My Life Through Your Eyes” Experimental Short, Kim Saarinen, 12:00 Finland

“Some ways to get rid of a body” Narrative short, Ria Bäckström, 22:37 Finland

World-renowned choreographer Edouard Lock, will be our Opening Night special guest at the Dance Camera West Film Festival 2020 on January 9, 2020. Lock began his choreographic career at the age of 20 and founded La La La Human Steps in 1980. Over the years Mr. Lock has been invited to create works for some of the world’s leading dance companies, including the Paris Opera Ballet, the Het Nationale Ballet of Holland, The Nederlands Dans Theater, the Cullberg Ballet and the Royal Ballet of Flanders. He co-conceived and was artistic director for David Bowie’s world tour, Sound and Vision. He also collaborated with Frank Zappa on the Yellow Shark concerts. Other musical collaborations include Gavin Bryars, Einstürzende Neubauten, Steve Albinni (Shellac of North America), David Lang, Iggy Pop, Kevin Shields (My Blue Valentine), David Van Tiegham, and the West India Company. At the invitation of Robert Carson and the Paris Opera, Mr. Lock choreographed “Les Boréades” composed by Rameau and performed by his company LHS at Le Palais Garnier. His works have garnered many awards, including the Chalmers choreographic prize, the New York Dance and Performance Award, the Prix Denise-Pelletier, the National Arts Centre Award, the Benois de la Danse choreographic award given in Moscow, the Governor General’s Performing Arts Award, the Premio Positano Leonide Massine Award, The Molson Prize given by the Canada Council for the Arts and an honorary doctorate granted by the Université du Québec. Various films have been made on Mr. Lock’s work including Le Petit Musée de Vélasquez directed by Bernar Hébert, and the documentary Inspirations by British director Michael Apted, which also included Roy Lichtenstein, Tadao Ando and David Bowie amongst others. The film adaptation of Amelia, directed by Edouard Lock, had its American premiere at the 2004 Tribeca Film Festival and its European premiere at the Karlovy Vary International Film Festival. The film won its category at the Chicago International Film Festival, the Prague International Film Festival and the Rose d’Or Festival in Switzerland, as well as winning two I.C.E. and two Gemini Awards for best direction and best editing. Mr. Lock was named a Chevalier de l’Ordre National du Québec and Officer of the Order of Canada.

Katrina McPherson’s 30-year practice is informed by her background in dance and video art, as well as her wide experience as a director of arts programmes for television. Her collaborative screen dance works include the recent Paysages Mixtes|Mixed Landscapes (2019), we record ourselves (2016), The Time It Takes (2012), and she directed ground breaking dance films such as Moment (1999) and Pace (1995).  Katrina is an Associate Artist at Dance Base in Edinburgh and a Dance North Artist. Katrina is the sole author of Making Video Dance – a step-by-step guide to creating dance for the screen, published by Routledge in 2006, with a new edition released in 2018. She is currently Associate Professor of Screendance at the University of Utah, USA.