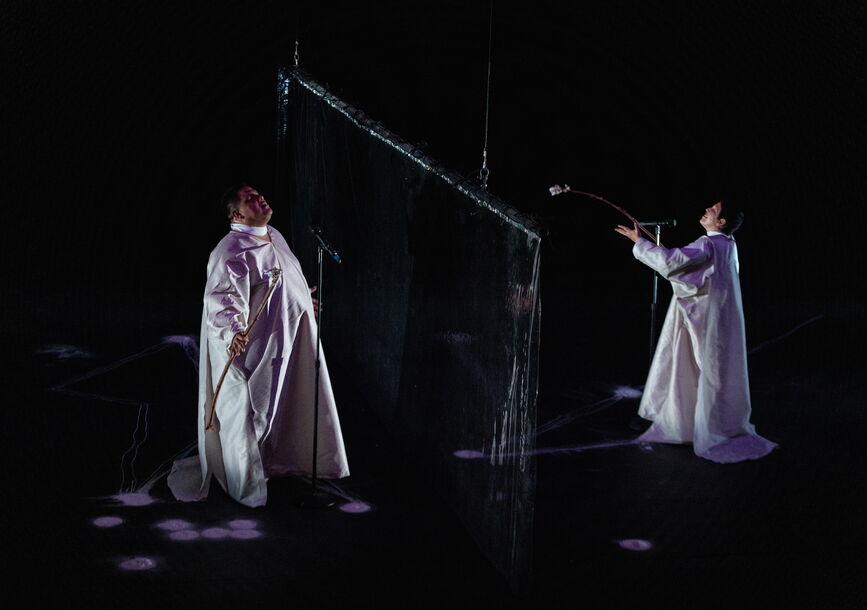 Commissioned by REDCAT for WE RISE 2021

Sed (Thirst), is presented as part of Art Rise, a series of over fifteen outdoor art installations in and around Downtown Los Angeles, commissioned especially for WE RISE—an initiative of the Los Angeles County Department of Mental Health that encourages wellbeing and healing through art, connection, community engagement, and creative expression. For more information and to see a complete Art Rise map, please visit werise.la.

Sed, commissioned by REDCAT, is a series of sixteen sound works by artists Dorian Wood and Carmina Escobar that connect and engage the various Art Rise sites across Los Angeles. Each composition starts as a vocal drone of sustained sounds and notes sung by Wood and Escobar before a specially-programmed algorithm, created in collaboration with Juan Sebastián Lach, triggers other vocal gestures recorded by the pair, creating an emergent sound piece. Sed, the Spanish word for thirst, includes an original video installation on view at REDCAT. Intercutting footage of Wood and Escobar performing with images of faces, locations, and community, the work is viewable daily after dusk from the street at REDCAT.