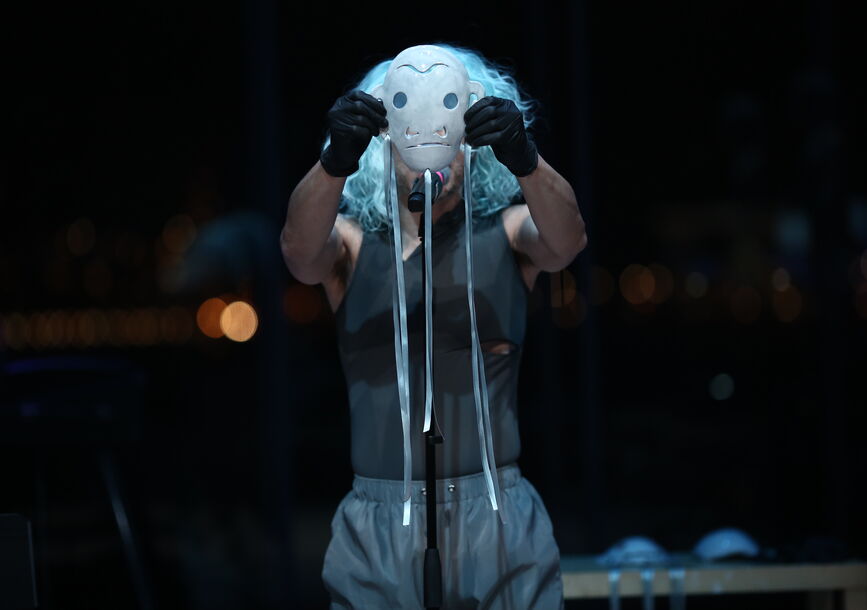 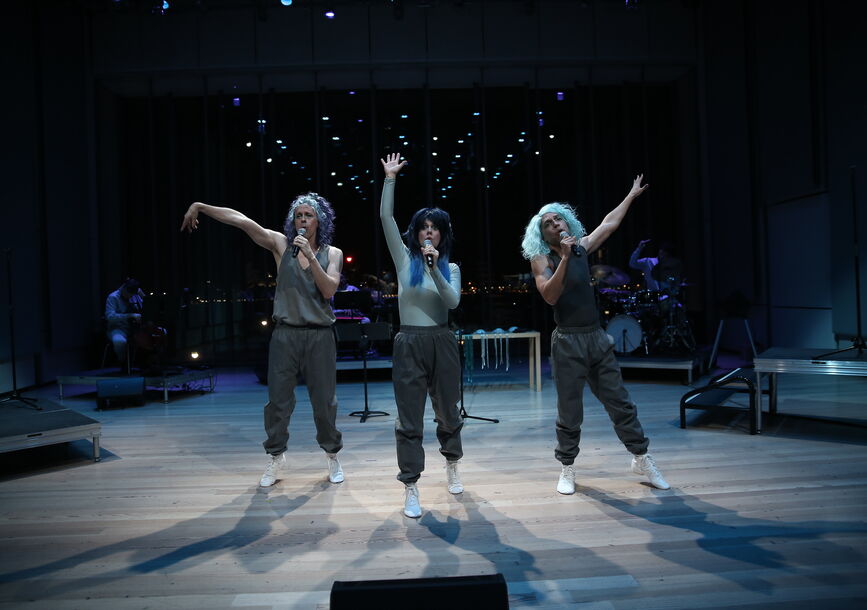 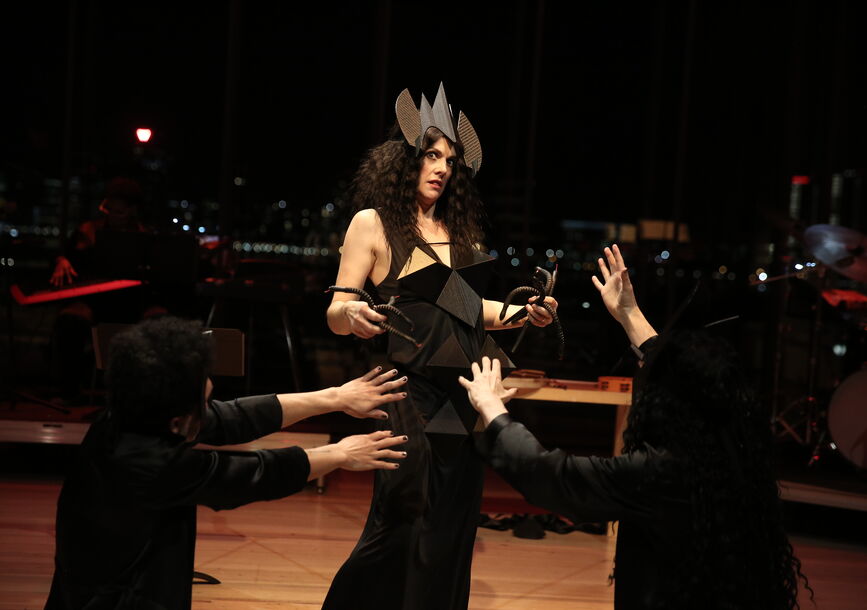 REDCAT and Institute of Contemporary Art, Los Angeles present Double Future, a double-bill performance by My Barbarian (Malik Gaines, Jade Gordon, and Alexandro Segade). Recently performed as the final act of their survey exhibition at the Whitney, You Were Born Poor and Poor You Will Die (Performa 05 at Participant Inc., 2005) combines ancient Greek theater, mystery plays, and rock opera to tell the story of a religious cult engaging in human sacrifice to maintain the economic status quo. Silver Minds (Aspen Art Museum, 2005) employs conventions of Noh theater, New Wave music, and science fiction, in a series of ghost stories about climate change and resource extraction, told from the point of view of tourists who time travel to the past to enjoy nature, which no longer exists. Re-performing works they created almost two decades ago, My Barbarian responds to the contemporary moment with prescient works that address class struggle and environmental collapse. Performed as a sung and spoken-word recital with musical accompaniment, the members of My Barbarian are joined by musicians Tomas Fujiwara on drums, Ethan Philbrick on cello, and RaShonda Reeves on keyboards.

My Barbarian bring high-theory arcana into bawdy populist forms, marshaling their multicultural demographics to burlesque liberal fantasies of the melting pot, and vamping the world historical only to burn it down and throw a party around its fire.

Co-presented with Institute of Contemporary Art, Los Angeles in conjunction with the My Barbarian exhibition on view October 1, 2022.