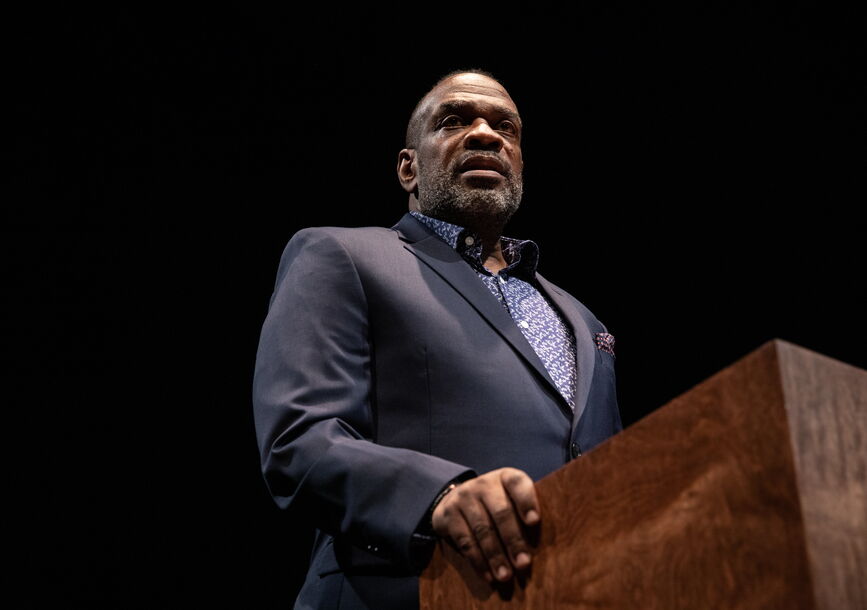 In 1965 James Baldwin and William F. Buckley, Jr. were invited to The Cambridge University Union to debate the resolution “The American Dream is at the Expense of The American Negro.” The result was a provocative and profoundly insightful confrontation between Baldwin, one of the most powerful figures of the civil rights movement, and Buckley, often considered the father of 20th Century patrician conservatism. New York-based performance ensemble Elevator Repair Service, a company with a rich history of adapting unconventional texts (Gatz, Arguendo, The Sound and the Fury), stages the debate verbatim.

The piece was conceived in late 2019 by long-time ERS company member Greig Sargeant. In the many months since those early conversations with Artistic Director John Collins, the subject of the debate has only become more urgent. With both 1965 and 2022 in mind, Baldwin and Buckley at Cambridge—through a starkly simple design and an acting style that favors intimacy over impersonation—presents the debate as real, immediate, and of this moment.