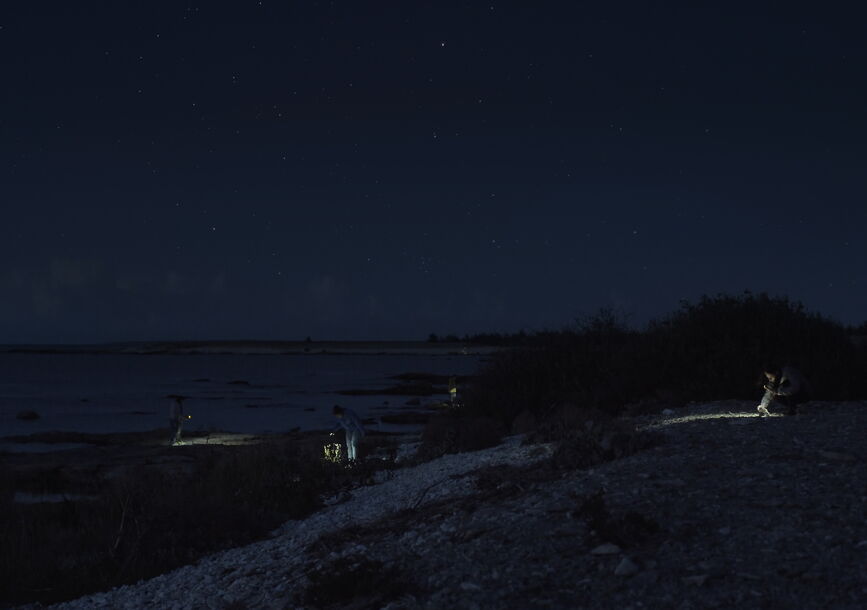 RESCHEDULED FROM WINTER/SPRING 2022
Past event

“Sharon Lockhart’s latest film, EVENTIDE (2022), is a meditative, non-narrative single long shot that uses choreography to explore landscape, communal relations, solitary searching, psychic endurance, and the play of light moving through darkness. Locating drama in the real-time shift of evening fading into night, and in the emergence of stars, this is perhaps Lockhart’s most optical and painterly moving image to date, composing figures, scenography, and soundscape into allegory and abstraction. Shot on the Swedish coast with a close-knit group of friends Lockhart has been involved with for years, EVENTIDE is concerned with grieving and the future.” —Sarah Lehrer-Graiwer

The program includes a live performance by Petra Haden, as well as a discussion with the artist.

EVENTIDE has been made possible by grants from Mike Kelley Foundation for the Arts, The Philip and Muriel Berman Foundation, The Eli and Edythe Broad Foundation, Maureen and Paul Rubeli Foundation, Baltic Art Center, and IF Innovation Foundation.