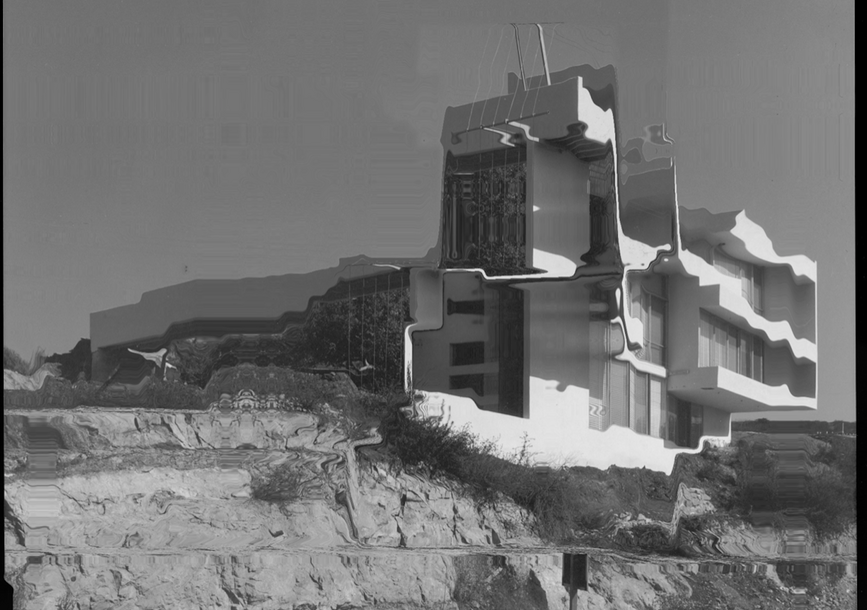 To mark the opening of Florian Hecker - Resynthesizers, an exhibition by Florian Hecker produced by Equitable Vitrines at the MAK Center’s Fitzpatrick-Leland House, Ina Blom will deliver a talk entitled Intramachinic Atmospheres: Florian Hecker and the Fabrication of Sensing.

In Hecker’s compositions, the synthesis and resynthesis of sound at the granular level is oriented around processes whose complexity might well be described in atmospheric terms. They allow us to discuss what is at stake for environmental thought when computational systems produce realities that are not based on simulation, but on specifically machinic forms of sensing and being. Ultimately, these works give a contemporary spin on the processes of synthesis and abstraction that were key to late 19th Century aesthetic and industrial modernity.

An opening reception for Resynthesizers will follow the lecture.

Ina Blom is a professor at the Department of Philosophy, Classics, History of Art and Ideas at the University of Oslo and Wigeland Visiting Professor in the Department of Art History, University of Chicago. Recent books include The Autobiography of Video. The Life and Times of a Memory Technology (New York: Sternberg Press, 2016), On the Style Site. Art, Sociality and Media Culture (New York: Sternberg Press, 2007/2009) as well as the edited volumes Memory in Motion. Archives, Technology and the Social (Amsterdam University Press, 2016) and Raoul Hausmann et les avant-gardes (Paris: Les presses du réel, 2014).

Resynthesizers is made possible by lead funding from the Mike Kelley Foundation for the Arts. Generous support is provided by the MAK Center for Art and Architecture, the Graham Foundation for Advanced Studies in the Fine Arts, the Michael Asher Foundation, the Wilhelm Family Foundation, the University of Edinburgh, the Goethe-Institut Los Angeles, the Institut für Auslandsbeziehungen, the Kebok Foundation, the City of Los Angeles Department of Cultural Affairs, and the Los Angeles County Department of Arts and Culture. Additional support is provided by Digital View, Inc., Symrise AG, and the Roy and Edna Disney Calarts Theater (REDCAT).

Resynthesizers is on view from November 21, 2021, through March 13, 2022. Appointments can be made on the Equitable Vitrines website.