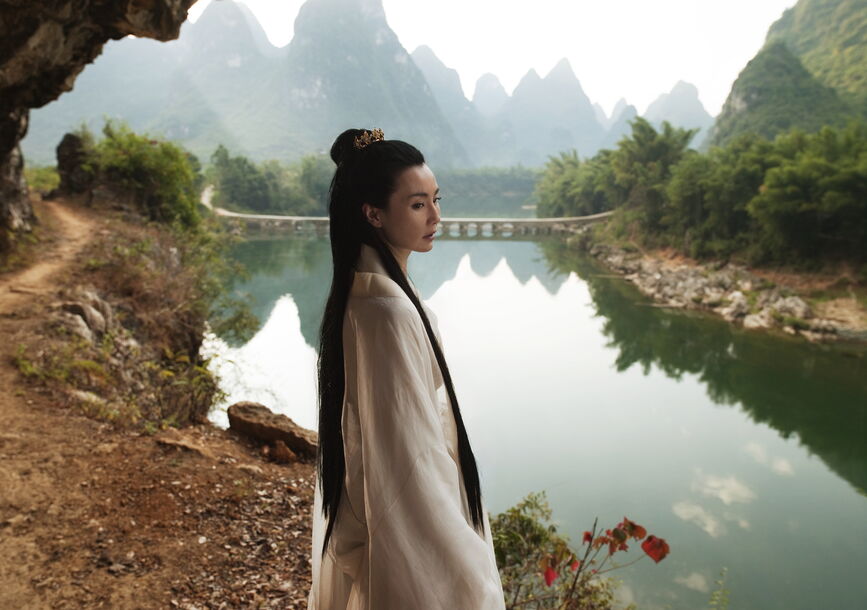 After co-founding Sankofa Film and Video Collective in London in 1980 and directing the cult film Looking for Langston (1989), Isaac Julien has successfully trod a number of aesthetic and national boundaries—from film to photographs to installations—from gallery/museum spaces to the politics of immigration, race, and queerness. Since 2018, he and collaborator Mark Nash have developed the Isaac Julien Lab at the University of California, Santa Cruz. They will come to REDCAT to introduce Better Life (2010), the single-channel version of one of Julien’s best-known installations, Ten Thousand Waves, inspired by the drowning of 23 Chinese undocumented cockle pickers in Morecambe Bay (northwest England). Mazu, goddess of the sea (Hong Kong screen icon Maggie Cheung), floats over the tragedy.

Presented in collaboration with the Isaac Julien Lab, University of California, Santa Cruz. Funded in part by the Ostrovsky Family Fund, with special support provided by the Academy of Motion Picture Arts and Sciences. Curated by Steve Anker and Bérénice Reynaud, as part of the Jack H. Skirball Series.