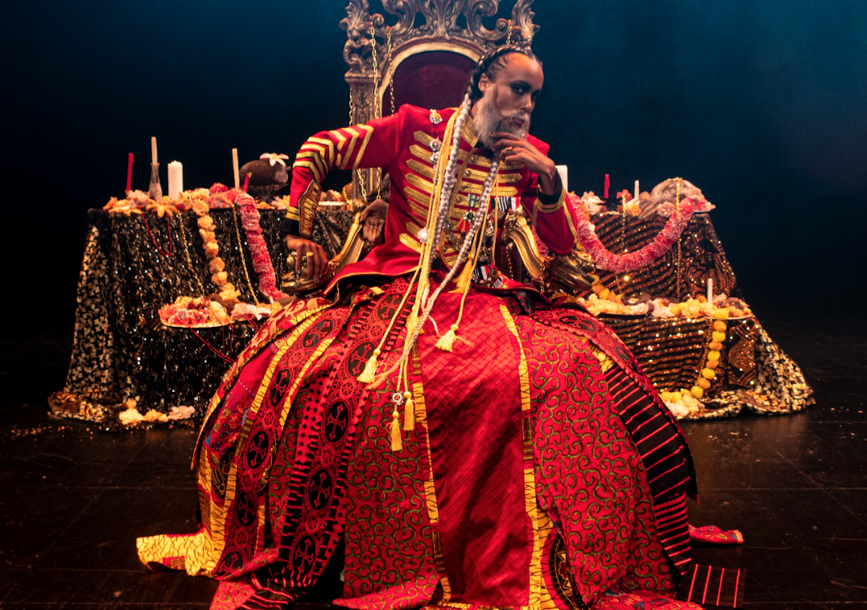 KLII exorcises the ghost of Belgium’s King Leopold II through a mytho-biographical performance by theater-maker Kaneza Schaal. Designed and codirected by Christopher Myers, KLII draws on Mark Twain’s King Leopold’s Soliloquy (1905), a fictional monologue written after Twain’s visit to the Congo Free State, and Patrice Lumumba’s 1960 independence speech in the Congo. Increasingly our demons are invisible—long-hidden racism and misogyny, misinformation, even the virus. How do we handle these threats, which are as central to our everyday life as they are hidden? Schaal and Myers propose an exorcism in theater, starring one of the villains of the 19th century whose actions resonate through the present day.

Everything that happens in the space Schaal has carved out for us always feels beautifully, powerfully sacred.