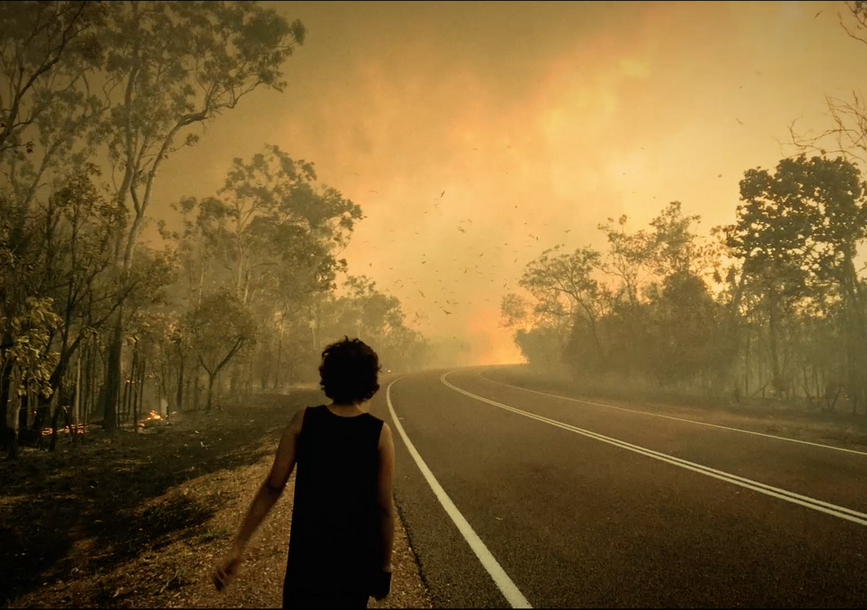 In the not-so-distant future, Europeans can no longer survive for long periods outdoors in a land and seascape poisoned by capitalism, but Indigenous people seem able to. A young Indigenous man, Aiden, taken away when he was just a baby to be a part of a medical experiment to save the white race, is released into the world of his family. As he travels with his father and brother across the landscape, he confronts two possible futures and pasts.

Across a series of increasingly surreal flashbacks, an extended Indigenous family argues about what caused their boat’s motor to break down and leave them stranded.

Two plot lines meet in a dramatic final encounter: an Indigenous man weaving through bureaucratic red tape to get to a mortuary service on his ancestral land and a fight between a husband consumed by jealousy and his wife’s brother, who excludes him from community ceremonies.

The Jealous One mixes mythology with contemporary improvisational realism to stunning effect, their uniquely inventive cinematic language further cementing their grassroots activism and selfrepresentation on the global stage…