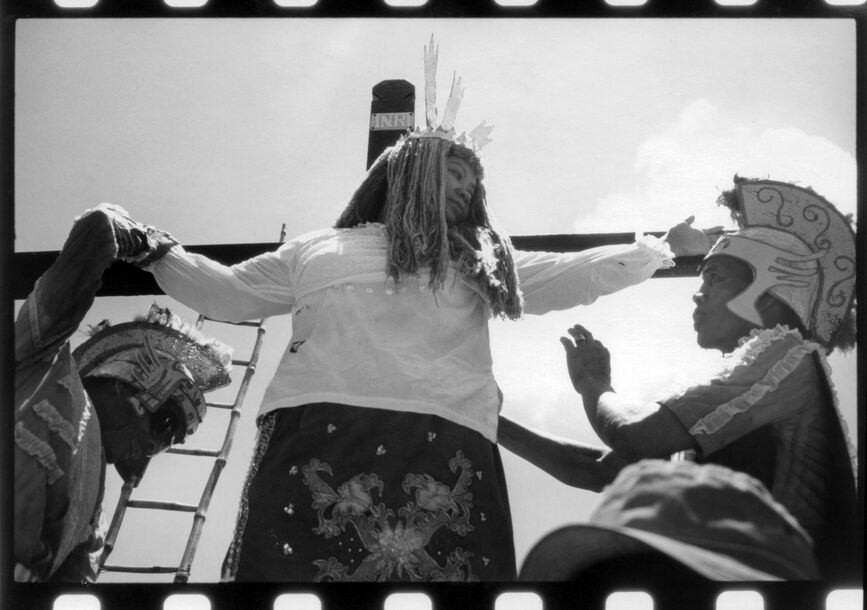 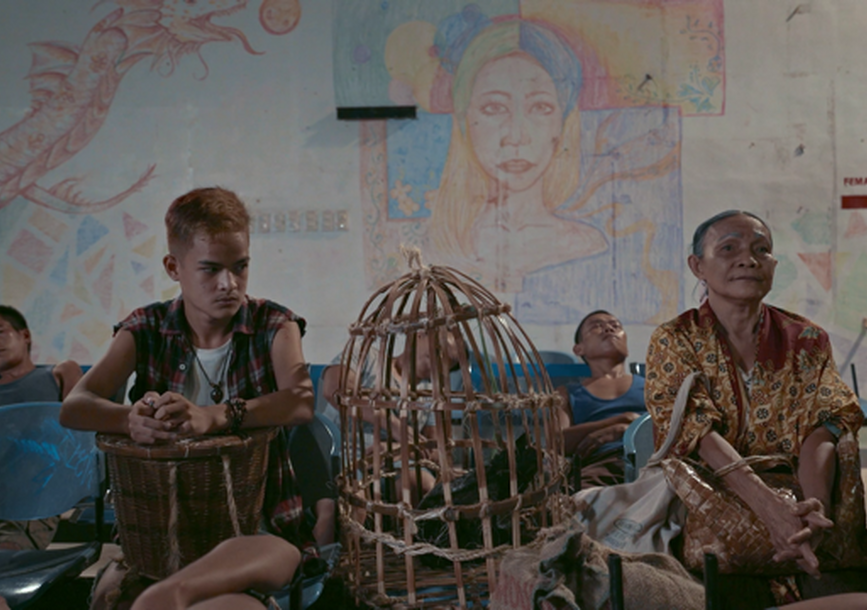 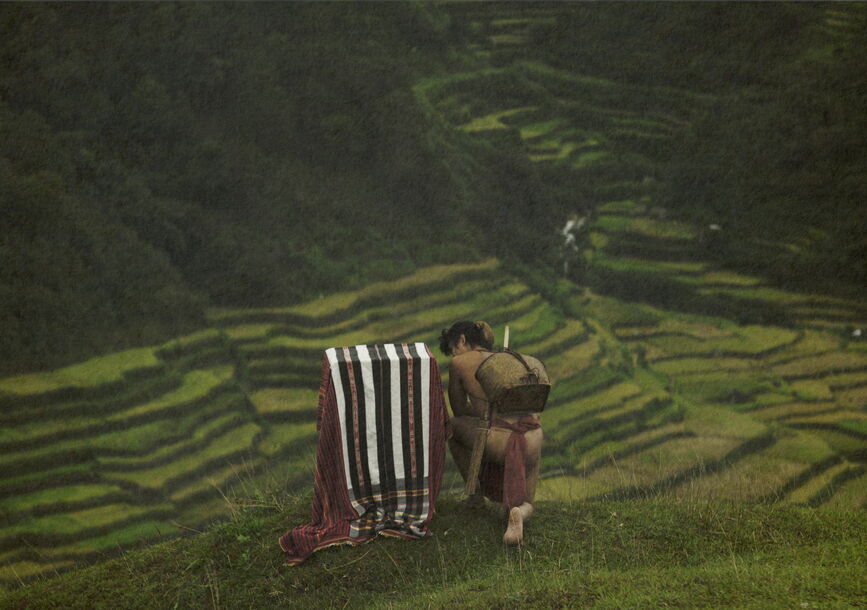 Lives of Devotion features three storytelling approaches that recast myth and iterations of imperialism across recent history. Dandansoy (2021) finds a young man assisting an aging “aswang,” a malevolent shape-shifting figure, to the mythical lake of Payaw. As Arden Rod Condez’s take on a popular Visayan song about leaving behind a beloved, this film reckons with the desertion of family and tradition while suggesting new forms of kinship possible. Different times crash in Tokwifi (2019), as a movie star from the 1950s encounters a Bontok Igorot man. Immersing in the communities of the Mountain Province, Carla Pulido chooses the myth of Tokwifi to bridge cultural shifts and recent politics. Alongside these two fictional renditions of love and local lore is Angel Velasco Shaw’s Nailed (1992), a poetic documentary investigating the notion of faith and Philippines’ 400 years of Spanish and American colonization. This montage of fragmented stories and stylized performances explores the performative aspects of “pagan” and Catholic religious practices while challenging the long game of imperialism in Philippine society.