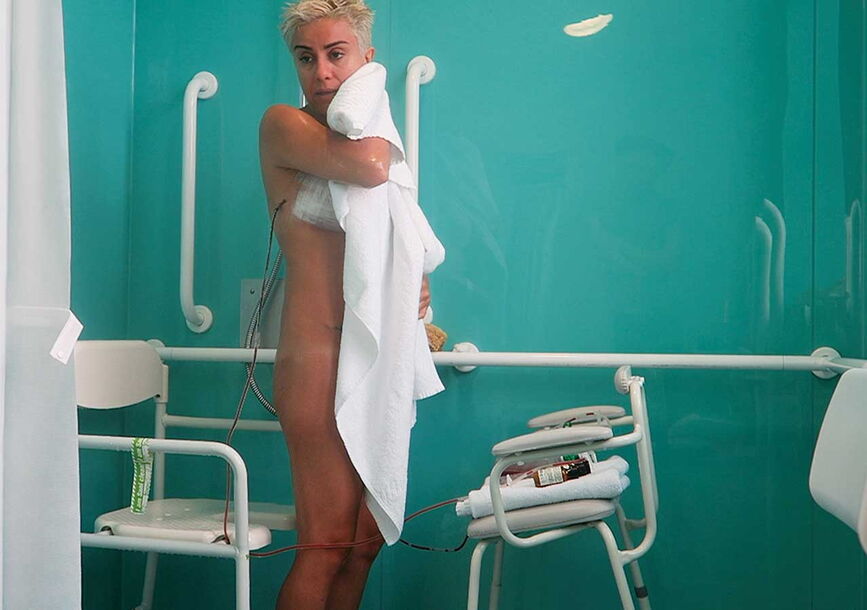 Iran-born Mania Akbari collaborated with British sculptor Douglas White for A Moon for My Father. Shaped as an exchange of letters—in Farsi and English—the film resumes Akbari’s self-portrayal as a cancer survivor initiated with 10 + 4 (Dah be alaveh Chahar, REDCAT, 2007). Years later, in London, the cancer is back, forcing radical changes in her body, and prompting a fascinating dialogue with White’s practice, which involves sculpting with rubber and skin-like material. Turning herself into a medical experiment, a latex sculpture, Akbari investigates the connection between her body and Iran’s political history. A painter and video artist, Akbari inspired Kiarostami to cast her as the driver in Ten (2002); since 2003, she has directed eight films that have screened internationally and received numerous awards.

Presented in collaboration with the Film and Digital Media Department and the Center for Documentary Arts and Research, University of California Santa Cruz. Funded in part by the Ostrovsky Family Fund, with special support provided by the Academy of Motion Picture Arts and Sciences. Curated by Steve Anker and Bérénice Reynaud as part of the Jack H. Skirball Series.