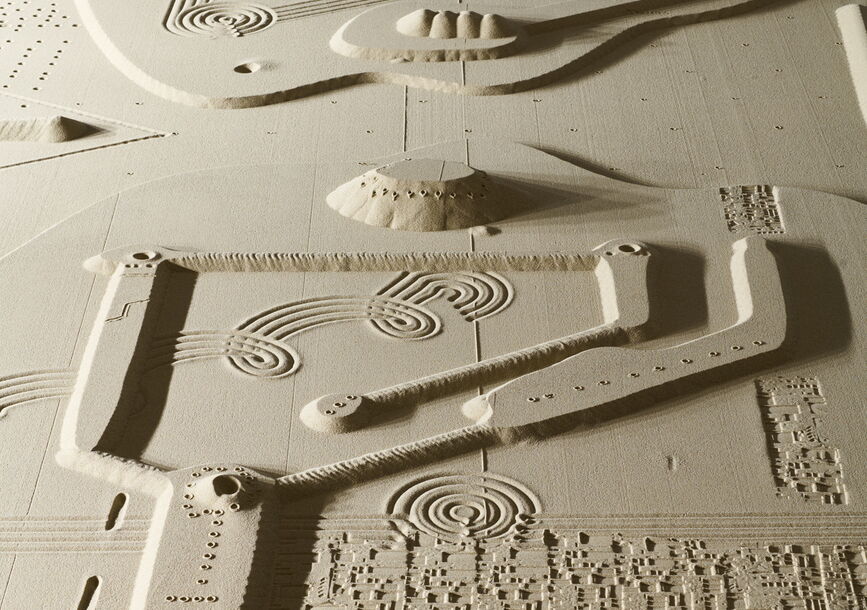 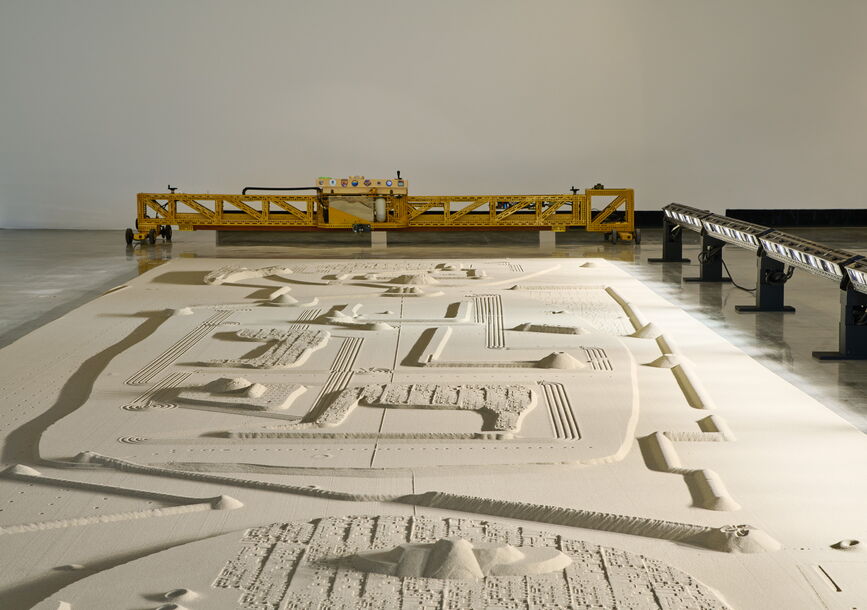 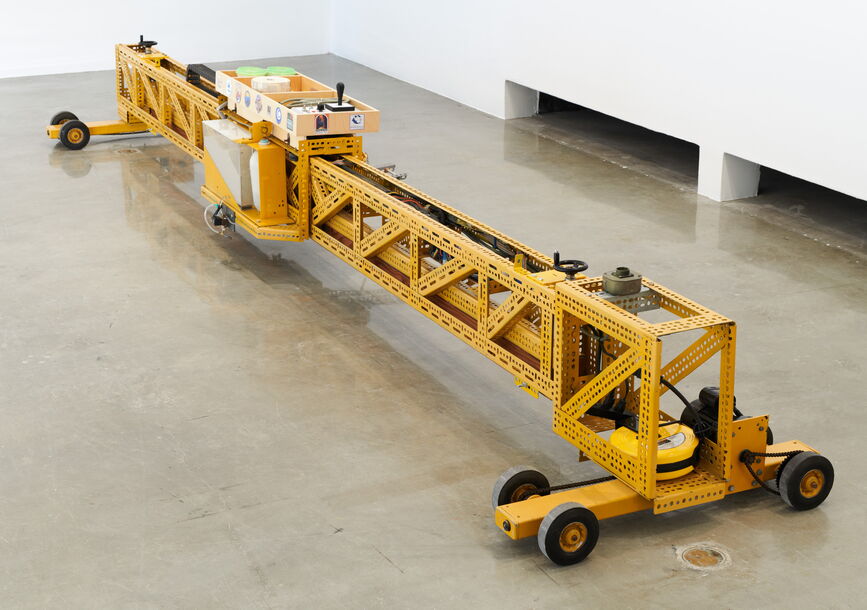 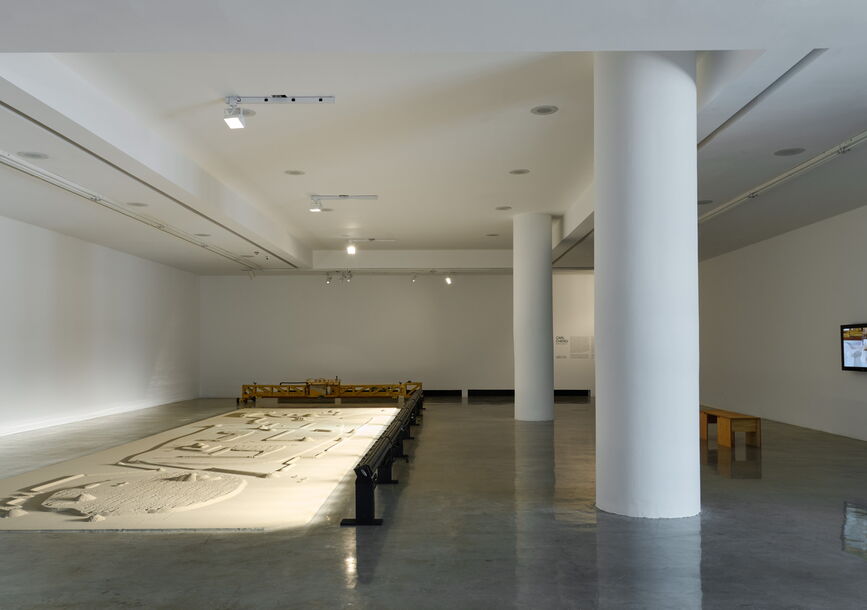 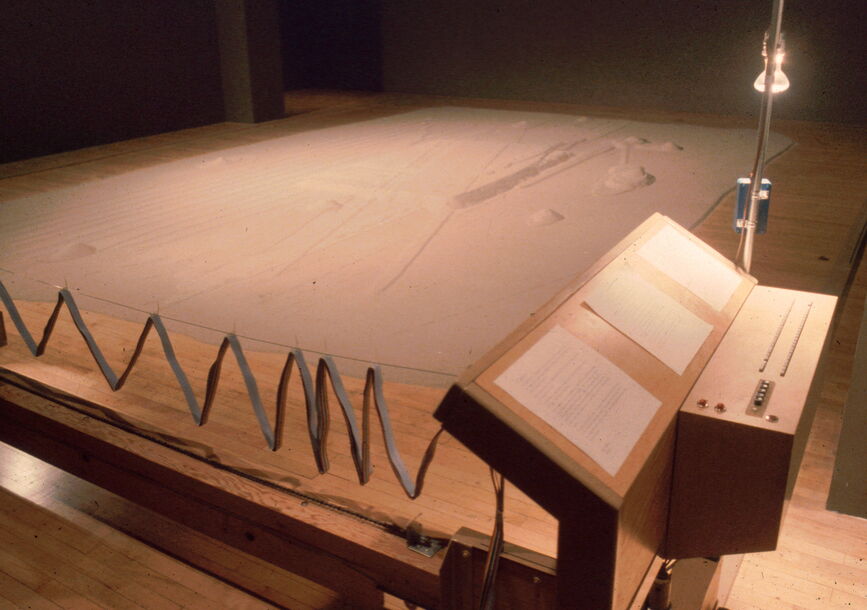 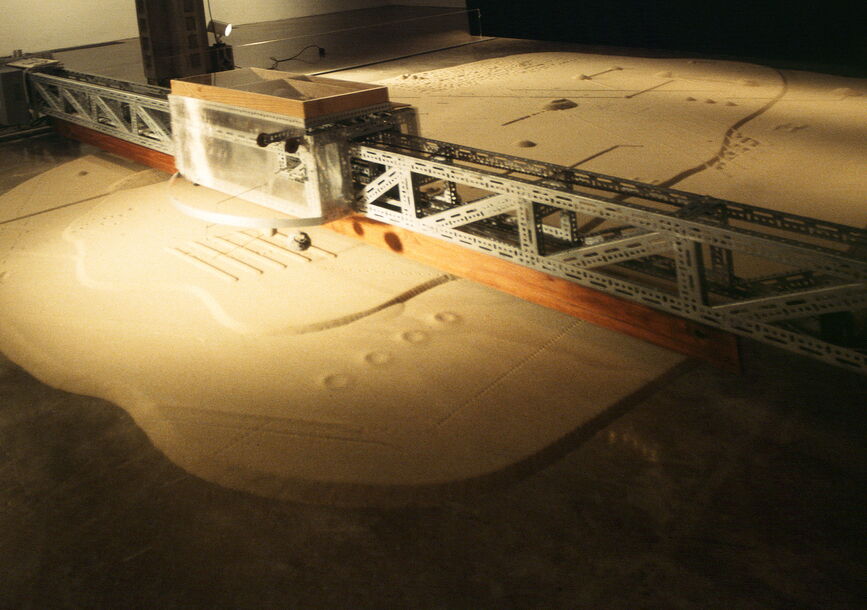 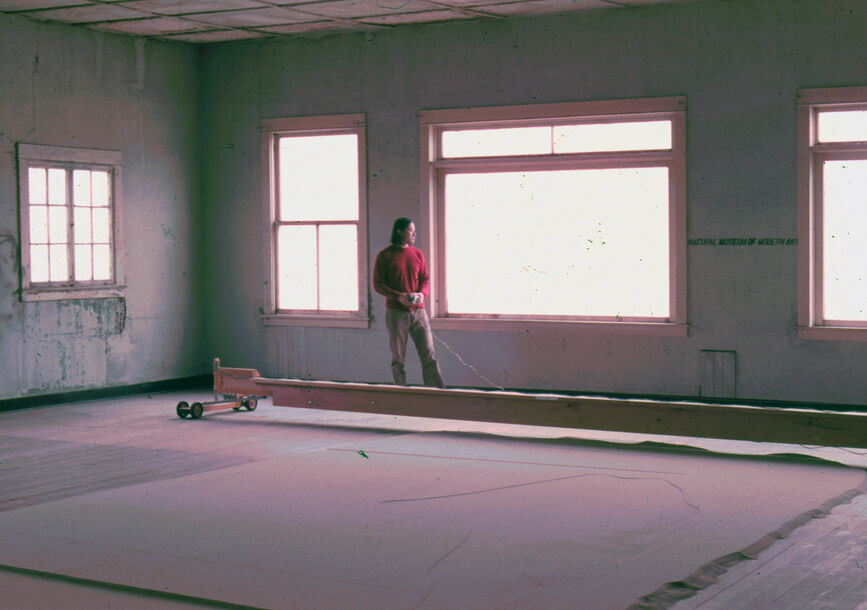 Throughout his nearly six-decade career, Carl Cheng’s pioneering work has been driven by an interest in technology and the exploration of manufactured and organic materials. Under the auspices of the John Doe Co.—a business created at the suggestion of his accountant, that furthered the artist’s access to manufacturers—Cheng began creating “art tools” for automating his artistic experiments and expanding his production of sculpture. Out of necessity, the tools were small and designed to fit into branded wooden boxes that could be easily shelved away. These initial art tools grew in mechanical and conceptual complexity by the mid-1970s, with Cheng producing larger installations and works of public art.

This exhibition presents a newly-restored version of Cheng’s continually-evolving Art Tool: Rake 1022 (2022). A prototype first appeared in Cheng’s public art intervention at the Santa Monica Pier, Natural Museum of Modern Art (1979). The “rake” has since evolved with each installation, added components allowing the mechanized tool to perform a variety of sculptural and form-making gestures: dropping water, blowing air, or drawing impressions on a blanket of sand. Cheng does not follow a predetermined design when creating these resulting forms; every instance is an experiment of material and movement, experienced for a limited time and never recreated. Demonstrating their own materiality while encouraging close observation from viewers, these installations express the artist’s increasing attention to how our ever-increasing technical capacity has come to indelibly mark the planet.

There will be a conversation between Carl Cheng and Danielle Dean that will take on Wednesday, October 26th at 7 PM.