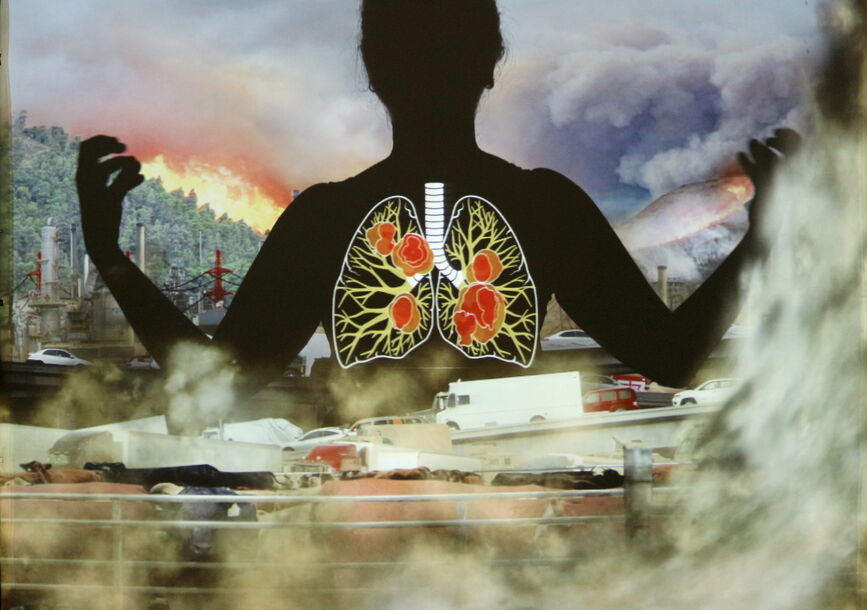 This kaleidoscopic, dreamlike merger of the fanciful and the scientific takes you to a world rich  in surrealism and metaphor. With Infinitely Yours, Los Angeles multimedia performance artist Miwa Matreyek further pushes her signature technique of layered projections, intricate animation, and live performance—an early version premiered in REDCAT’s NOW 2018 Festival. Infinitely Yours creates a dream-like meditation on the climate catastrophe and the Anthropocene, the current geological era in which human influence has affected almost all realms of Earth’s natural systems. Miwa’s shadow traverses macro and micro scales, as her silhouette shape-shifts to experience the world from various perspectives. The fantastical phantasmagoric experience is an emotionally impactful, embodied illustration of the complex harm humanity causes to the world. InfinitelyYours will be presented with live accompaniment by musician Morgan Sorne. Matreyek also performs Dreaming of Lucid Living (2007) followed by Myth and Infrastructure (2010), followed by her short film, Lumerence (2012), which together provide an insight into Matreyek’s masterful creative mind and timely environmental concerns.

The sheer breadth of the imagery is unlike anything you’ve seen before.

Funded in part with generous support from the National Endowment for the Arts.