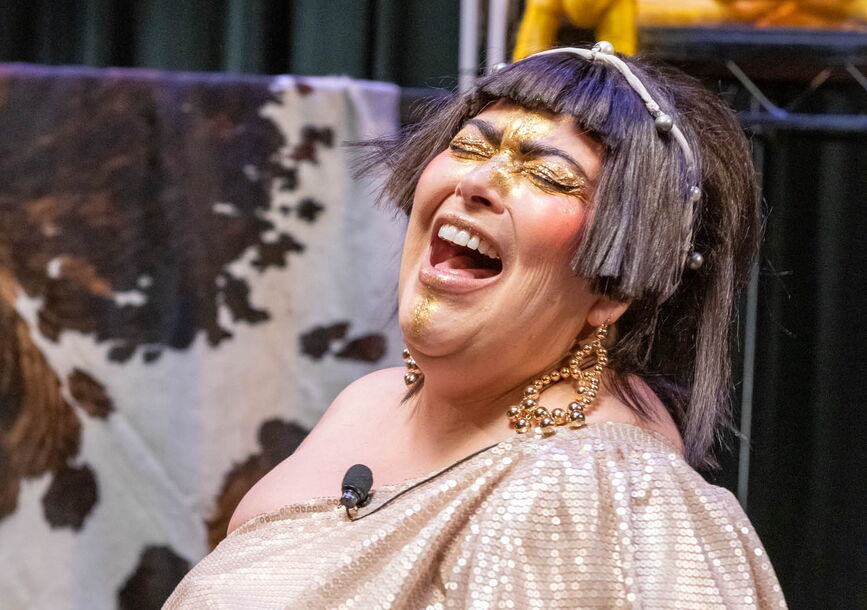 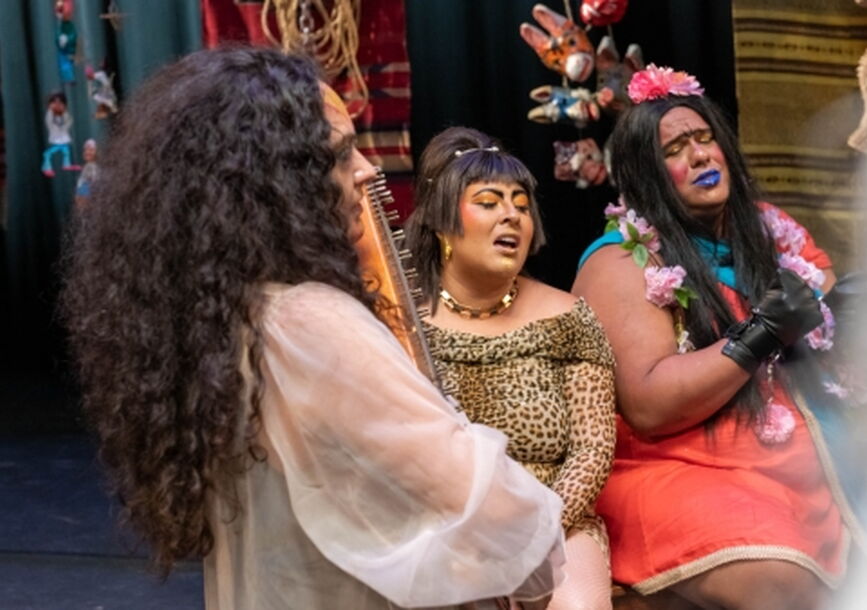 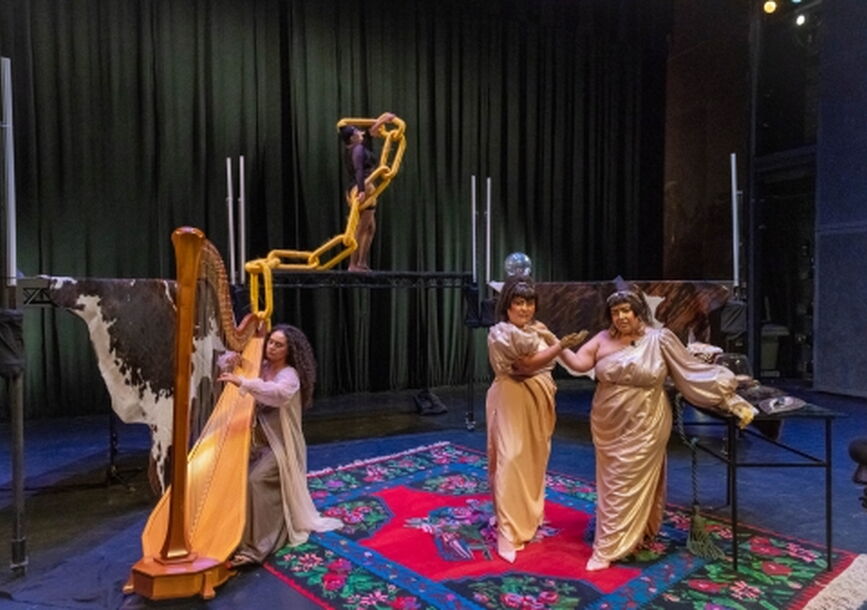 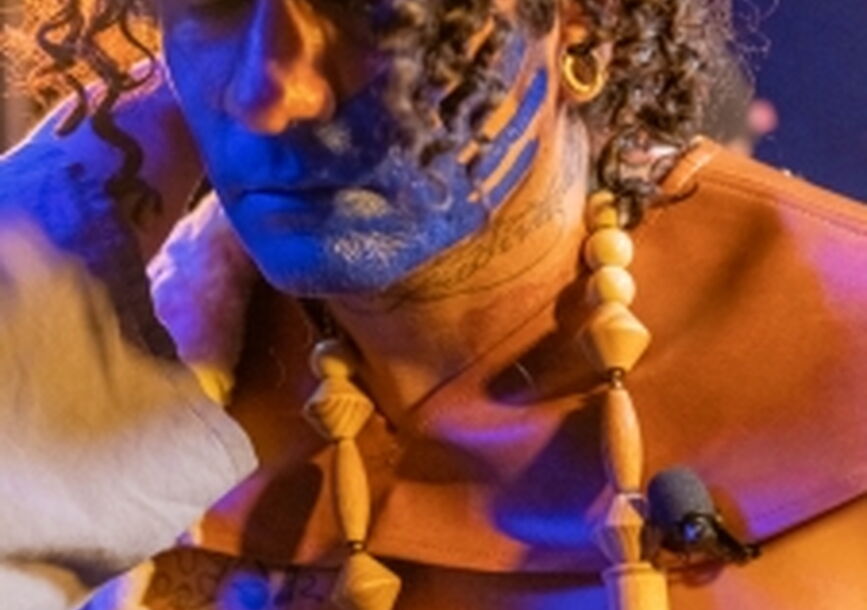 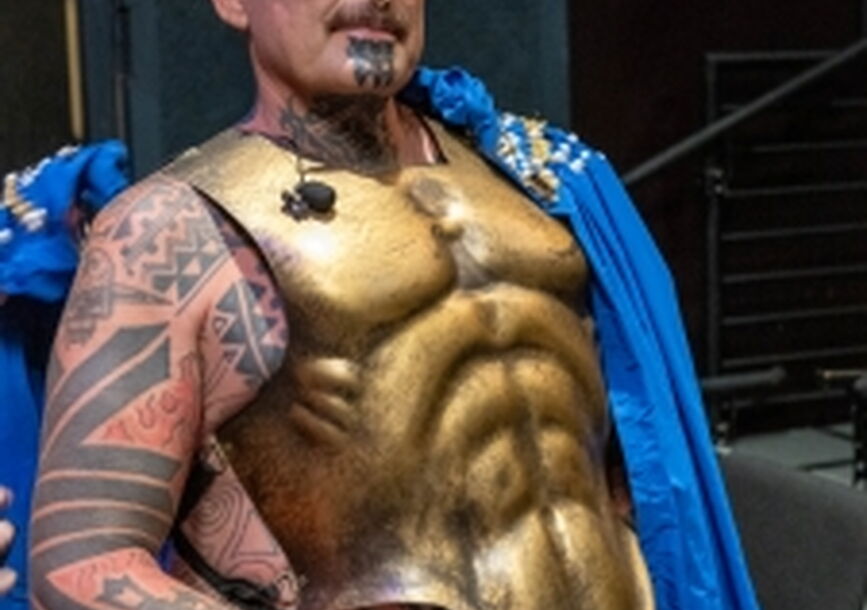 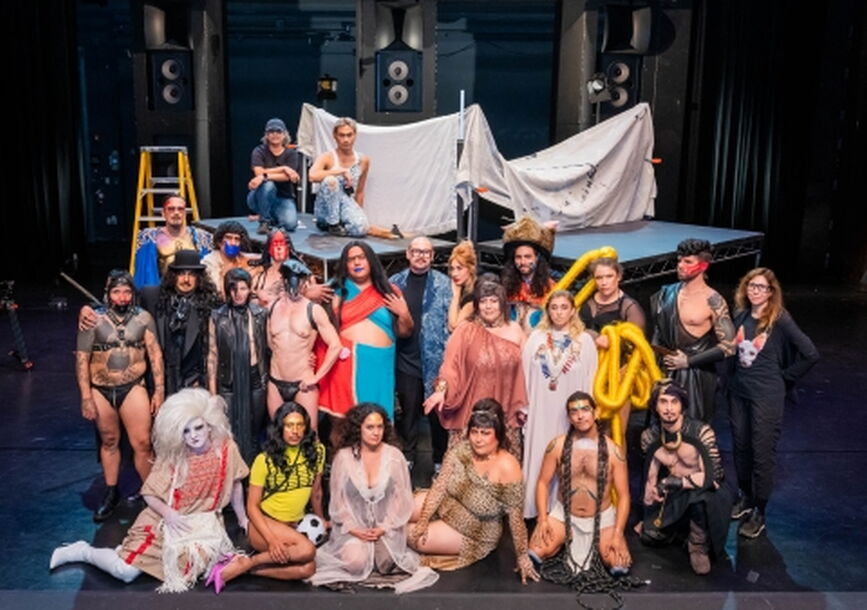 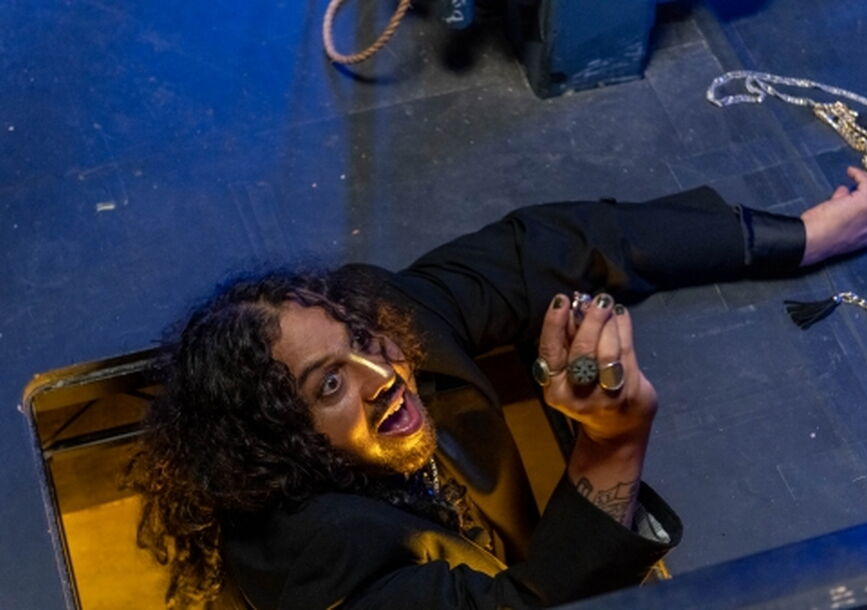 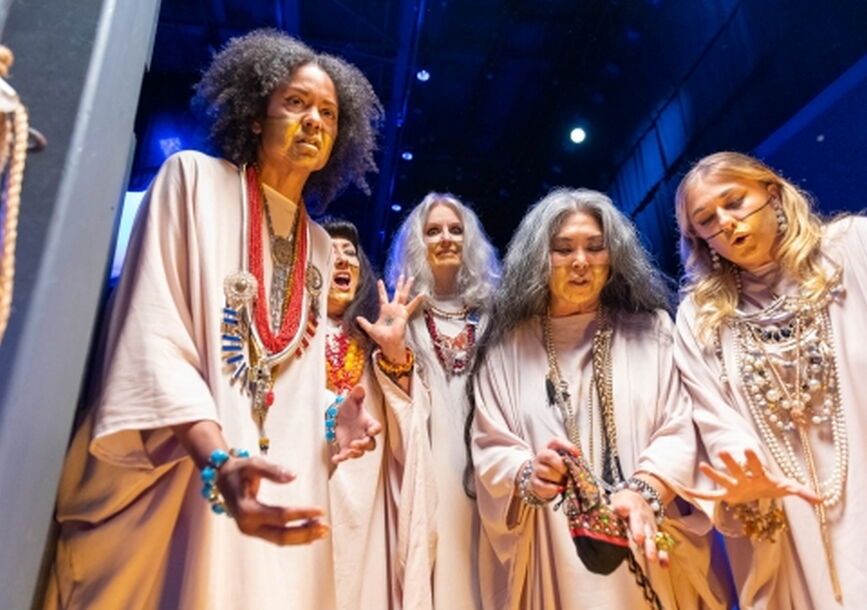 The Wooden People is an episodic 360 virtual reality (VR) film series that was filmed at REDCAT, where the theater takes on a metaphorical role in the central narrative. In the REDCAT lobby, the audience will be able to experience an immersive extended trailer via VR headset one hour before and after the live performance. Live scenes will be presented in the theater along with projected episodic content.

Original score by Nick Hallett and costumes by OLIMA.

Bustamante has long made work that explores exposure and vulnerability.

The Wooden People has been made possible by a grant from the Mike Kelley Foundation for the Arts. The Wooden People is a National Performance Network (NPN) Creation & Development Fund Project co-commissioned by Roy and Edna Disney/CalArts Theater (REDCAT) in partnership with La MaMa and NPN/VAN. The Creation & Development Fund is supported by the Doris Duke Charitable Foundation, The Andrew W. Mellon Foundation, and the National Endowment for the Arts (a federal agency). For more information, visit npnweb.org. The Wooden People was developed within CultureHub’s residency program.