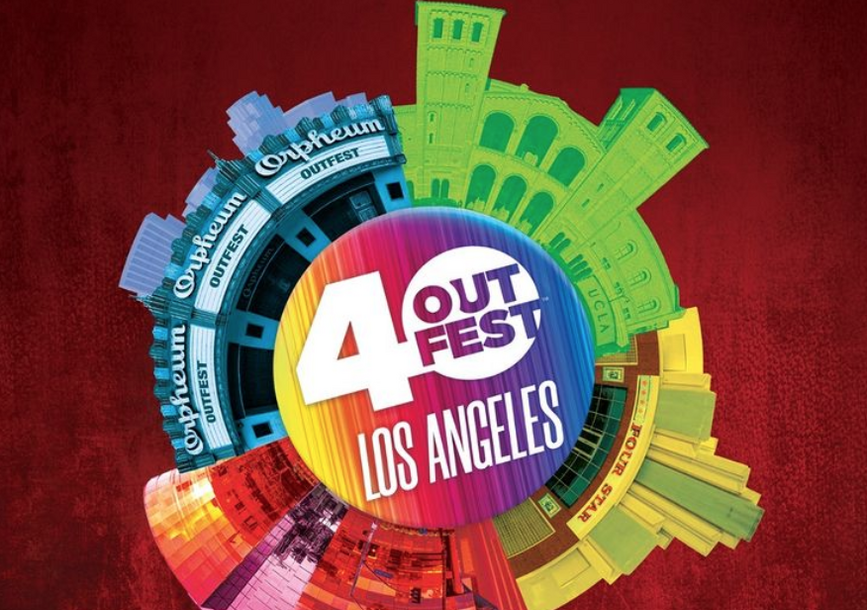 REDCAT is once again proud to be a part of Outfest Los Angeles, the nation’s leading LGBT festival which features eleven days of world-class films, discussions and parties.

7pm - Youtopia, directed by Maz Murray Los Angeles, 2019. Times are shitty, and they’re about to get worse. When Scout Durwood’s girlfriend dumps her unexpectedly, Scout takes stock in her life and determines that from now on, if something doesn’t feel one hundred percent authentic to her, she’s not doing it! Following the devastating break up, Scout inadvertently becomes the leader of a hipster millennial cult that engages with the multiverse and of course, aliens. But when members of the cult start to disappear, she soon discovers that her journey of self-discovery could trigger the end of civilization as we know it and is forced to take on her biggest opponent yet: herself.

12:30pm - The Cockettes, directed by Bill Weber, David Weissman “Will success spoil mediocrity?” asked The Cockettes, the uproarious, gender-subversive Hippy drag troupe that became one of the ultimate countercultural happenings of the San Francisco and a nearly-forgotten chapter in LGBTQ+ history. Borrowing from Tin Pan Alley, classic Hollywood, and the Sexual Revolution, this ever-shifting ensemble embraced communal living, free loving, and heroic helpings of psychedelic inspiration, propelling them from oddball local celebrity to the pages of Rolling Stone. Through rare footage and interviews, Weissman and Weber trace how shifting cultural tides, political reaction, and the HIV/AIDS epidemic radically altered queer life — and how the irreverent, idealistic, creative spark lit by The Cockettes in the 1960s and 70s continues to burn today.

4pm - The End of Wonderland, directed by Laurence Turcotte-Fraser Weaving images from both the personal and the professional, The End of Wonderland takes viewers on a fantastical journey through the life and mind of Tara Emory, a trans artist working on her passion project: a trans sci-fi porn epic called Up Uranus. With sets and characters influenced by 1950s low-budget sci-fi, Emory’s vision is realized with tongue firmly in cheek, unafraid to be earnest and playful. The film follows Emory for several years, showcasing her talents as a sex worker, comic strip artist, costume designer, set designer, auto mechanic and more. Most notably, the film confronts Emory’s problems with hoarding that she inherited from her father, using her pending eviction as an opportunity for self-reflection and artistic evolution.

7pm - HeBGB TV A retro-horror TV cable box infiltrates a neighborhood when a brother and sister stay up past their bedtime to sneak in some late-night viewing. Suddenly, Knuckle Head appears in their living room and begins to curate nostalgic queer killer content that might just make them never sleep again! This queer tribute to goofy horror hijinks and cable access shenanigans is destined to be a cult classic. Jam packed with strange skits, scary songs, bawdy humor, and creepy characters all aiming for a cheap laugh. How does a vampire deal with puberty? Will a loving lesbian movie night go to hell? Created by a DIY filmmaking trio from small town Pennsylvania, this year’s Platinum Centerpiece will include an opening live action, spooky immersive experience. Get ready for it to guide you into the most ridiculously terrifying Halloween TV special ever seen on the big screen.

9:30pm - Hypochondriac, directed by Addison Heimann Will, a young, Latino, gay potter, is sexy and sociable. His boss is terrible, but he has a great boyfriend and a fantastic job. Unfortunately, behind his cool veneer is a dark past of violence and mental illness that he is desperate to keep hidden. When Will’s bipolar mother comes out of the woodwork after ten years of silence, he begins exhibiting unexplainable symptoms. After an injury at work, he starts losing functioning of his arms, and something sinister lurks in the corner of his vision: a silent and ominous man in a wolf suit. Will spirals into an obsession, determined to solve this mystery of his own. What is going on with his arms? Can he trust his boyfriend? Is he becoming his mother?

12:30pm - Estuaries, directed by Lior Shamriz It is 2017, just months after a car crashes through the front window of a Los Angeles art space, tragically killing Bdalak, a nonbinary, rising star in the world of performance art. Bdalak’s partner Eli (Lior Shamriz), a queer Mizrahi musician with a past as an activist in Palestine/Israel, had planned on marrying them for a green-card. Now Eli spends his time adrift and lost, communing with others over his grief and struggling with the ever- looming threat of being deported. He soon meets Myrna, an artist making work about immigration, who Eli feels must certainly be able to solve his immigration situation. Dramatic and full of cynicism, the film is inspired by director Lior Shamriz’s own experiences immigrating to the U.S. during the Trump administration.

3:15pm - Nightbreed: The Director’s Cut, directed by Clive Barker The 2022 inaugural Maverick Award is being presented to the groundbreaking horror icon, Clive Barker. Barker isn’t just a filmmaker but an avant-garde playwright, an impressionist painter, and a literary juggernaut. The macabre, experimental, and thought-provoking characters he has brought to life on the big screen are nuanced, complicated, and subversively queer. Barker’s tales are filled with examinations of bodies, desire, and the sensation of going beyond prescriptive sexuality. His films shine a light on the oppressive nature of heteronormative power structures while providing glimpses of queer liberation by showing monsters as the good guys. Join us for a conversation and Q&A, the presentation of the award, and one of the few theatrical screenings ever of Nightbreed - The Director’s Cut.