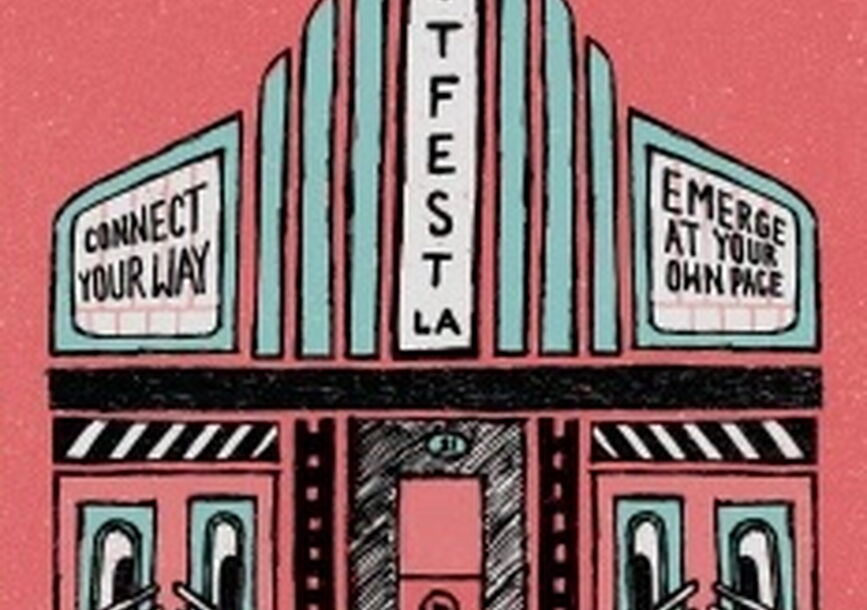 REDCAT is once again proud to be a part of Outfest Los Angeles, the nation’s leading LGBT festival which features ten days of world-class films, discussions and parties.

In this Sundance-selected coming-of-age horror tale, teenage Casey sits alone in her attic bedroom, and decides to take the World’s Fair Challenge, an online role-playing horror game, and embrace the uncertainty it promises and documents the changes that may or may not be happening to her as she plays. As she begins to lose herself between dream and reality, a mysterious figure reaches out, claiming to see something special in her uploads. This chilling and immersive emotional journey created by rising independent filmmaker Jane Schoenbrun delves into the ambiguity of gender and the universe of the internet.

Preceded by: THE NUMBER 12

When the matriarch of a large Southern family passes away with no will in place, the family is torn apart by a bitter battle over her estate. Old family wounds are opened as the filmmaker’s once beloved aunt, now a religious homophobe, endeavors to cast out her gay, drag-queen brother from the family. Filled with Southern lyricism, and cinematic beauty, this Tribeca prize winning film is an intimate family portrait of growing up queer in the South.

When maverick Oscar-winning documentary filmmaker Debra Chasnoff is diagnosed with stage-4 cancer, she faces down injustice as she always has: with her camera. With the help of her wife and their extended LGBTQ+ family, she unflinchingly documents her end of life. What emerges is an emotionally raw, funny and profoundly intimate portrait of shifting relationships and identities  — a story about hanging onto life, as you prepare to let it go.

Romance, loneliness, childhood traumas, religion, and desires are all part of the stories told in this year’s showcase. Paul Reubens appears as a transforming fish in JB Ghuman’s THE CROWN AND THE SHADOW, and penises sing in Woohee Cho’s NSFW (ANGRY YELLOW MEAT). Explore a NYC romance in Tristan Scott-Behrend’s THE MAN OF MY DREAMS, and watch a gorgeous evocation of desire, religion, race, and gender explode in Georden West’s EXORCISMS AND OTHER SUPPLICATIONS. These and the many more films in this program hope to expand viewers’ minds and sensibilities around LGBTQIA+ art and culture.

SHORTS IN THIS PROGRAM: 1-888-5-BLUE-YOU, BODIES OF DESIRE, CHILDHOODS, DWARF PLANET, EXORCISMS AND OTHER SUPPLICATIONS, F1-100, HYENA, IN THE AIR TONIGHT, JUPITER & EUROPA, NSFW (ANGRY YELLOW MEAT), REBEL, RUN OUT GROOVE, THE CROWN WITH A SHADOW, THE MAN OF MY DREAMS