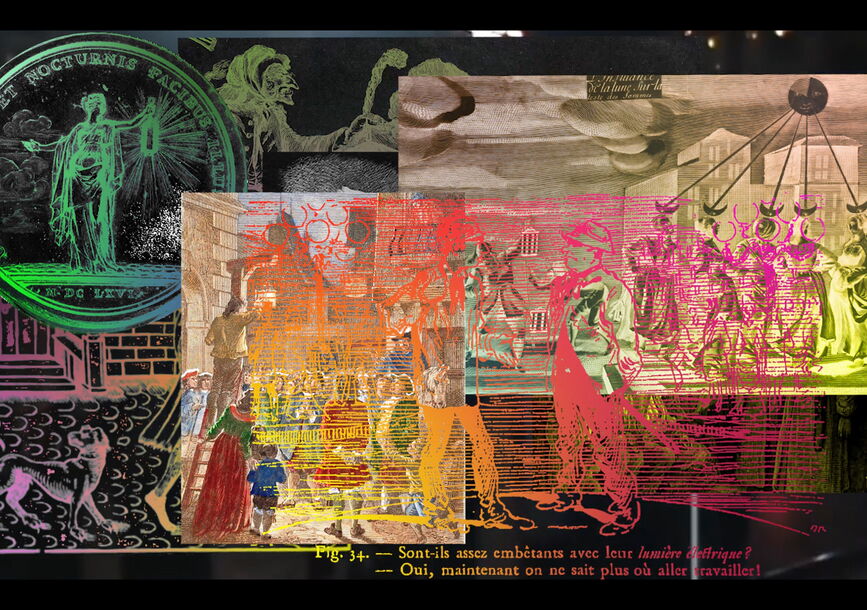 Methodically weaving together digital images sourced from the internet and footage shot on his mobile phone, Lebanese artist Haig Aivazian reveals the traces of soft and hard power. In Prometheus (2019), fire serves as a transhistorical narrative motif, from the heights of Mount Olympus to its unleashing on the oil fields of Kuwait. The film juxtaposes the dominance of the “Dream Team”—a group of superstar NBA players who flattened competition in the Olympic games in 1992—with a new era of global politics embodied in the technological and environmental assaults on Iraq perpetrated by the USA in 1991.

In All of Your Stars Are but Dust on My Shoes (2021), Aivazian bridges cloaked narratives of power from whale oil lamps to LED bulbs, and from public lighting to mass surveillance, closely examining new technologies of vision and motion capture used as tools of social control and warfare.

Curated by Bérénice Reynaud and Eduardo Thomas as part of the Jack H. Skirball Series.