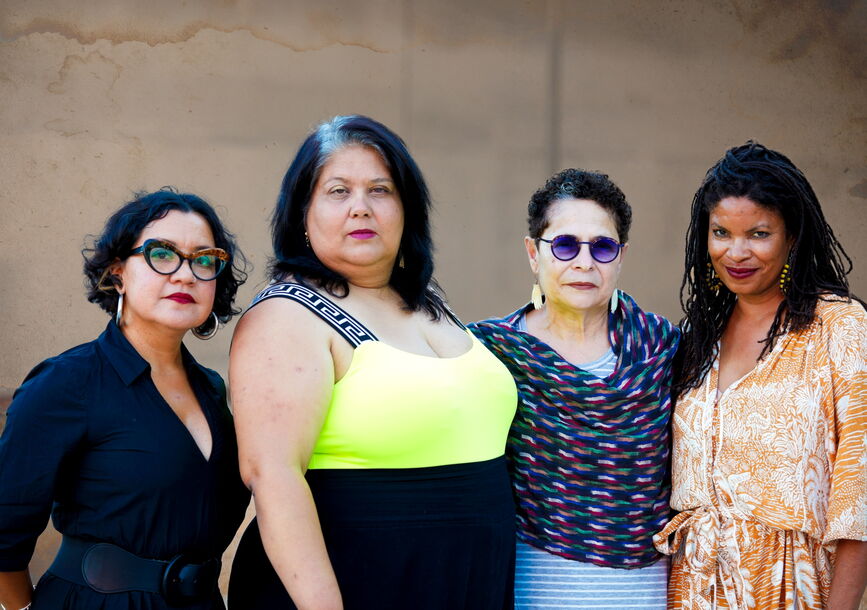 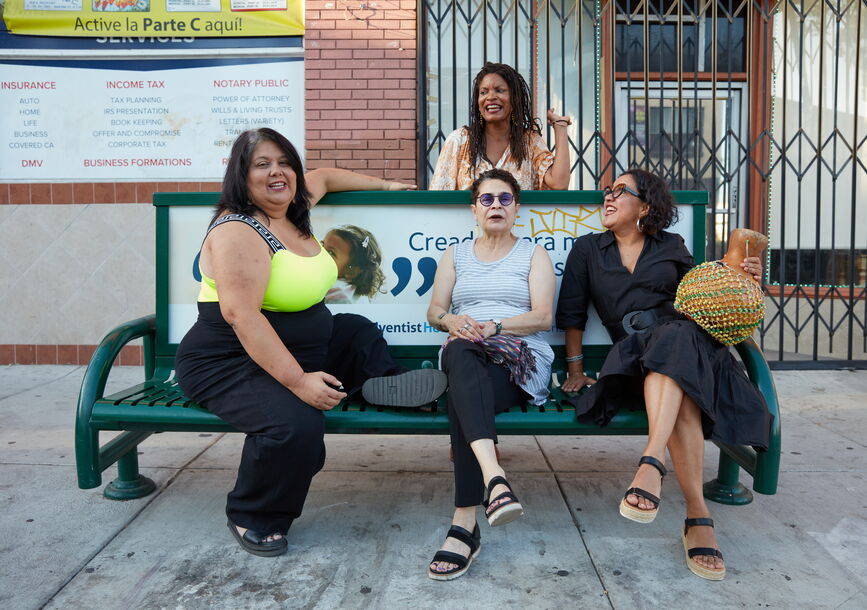 From sharp shooters to earthmovers, roaming dogs, helicopters in the sky, quarantines and men that fly, musical director Martha Gonzalez and writer Virginia Grise chronicle the process of adapting Helena María Viramontes’ epic novel Their Dogs Came with Them in a medium security women’s prison and the site-specific staging of the play under the I-19 Freeway with a community cast of scholars, organizers and actors. Directed by Kendra Ware, this performance lecture includes live music by members of the band Quetzal, giving audiences a sneak peek into their most recent project together, a concept album, Riding the Currents of the Wilding Wind.

Virginia Grise is the 2022 recipient of The Herb Alpert Award in the Arts in Theatre.

This performance lecture, developed in residence at Texas Performing Arts at the University of Texas at Austin and The Clarice Smith Performing Arts Center at the University of Maryland, is a project of a todo dar productions and has been made possible in part, through the sponsorship of Pregones/Puerto Rican Traveling Theater, with funding by the New England Foundation for the Arts’ National Theater Project, with lead funding from The Andrew W. Mellon Foundation and additional support from the Doris Duke Charitable Foundation.