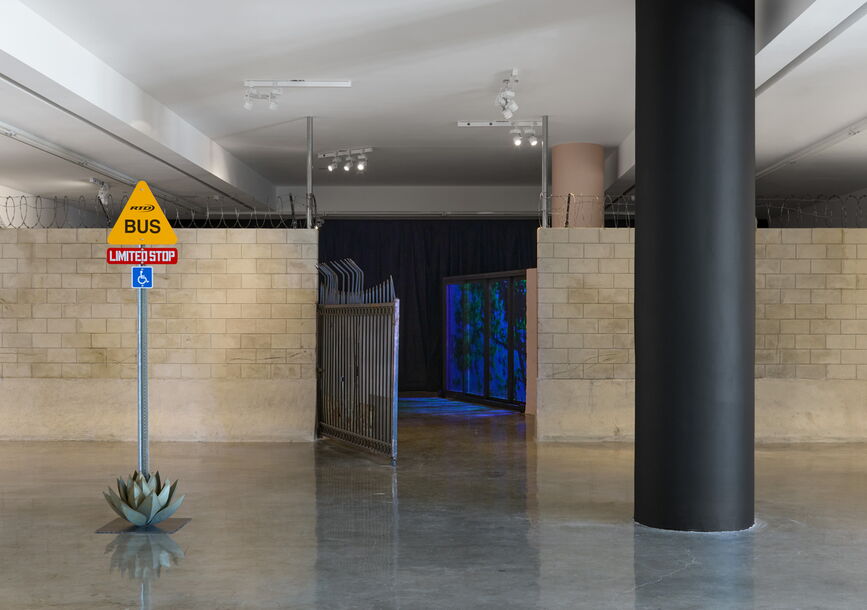 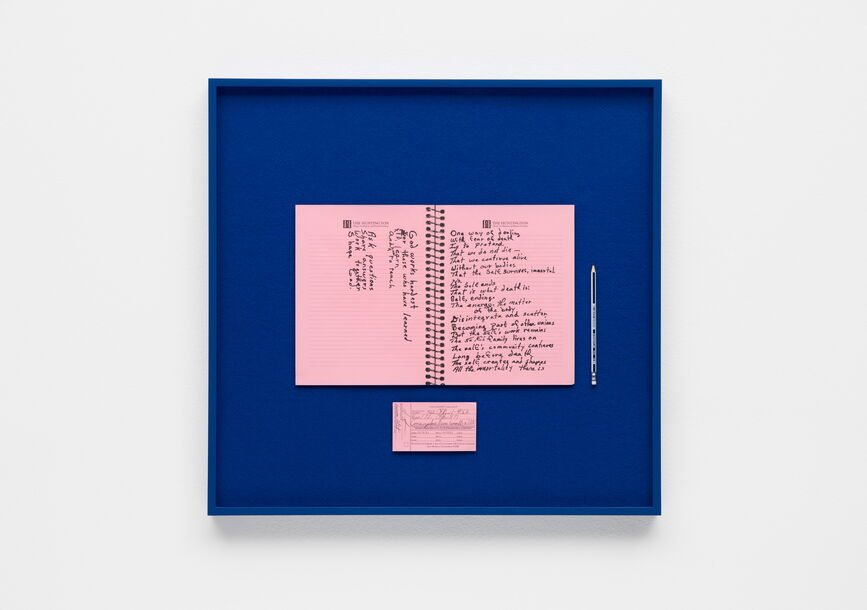 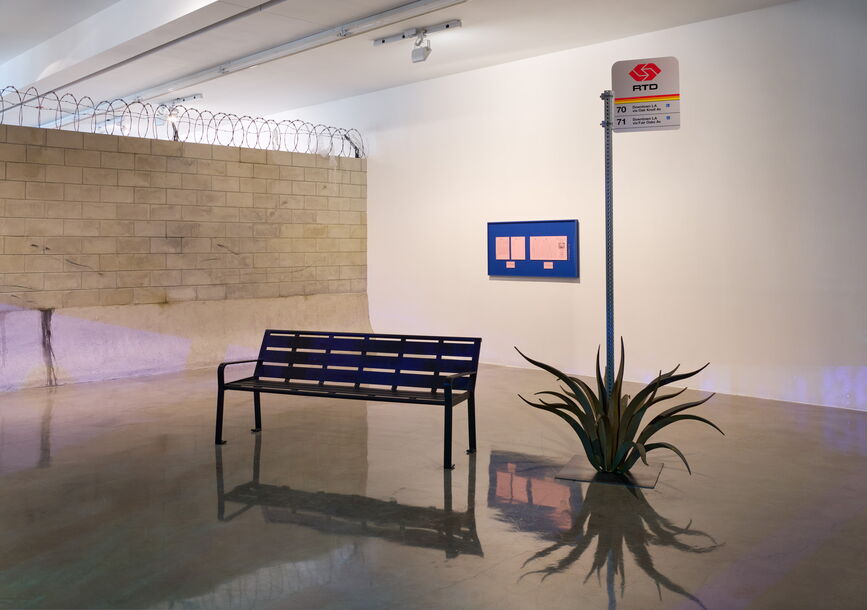 Featuring newly commissioned work in video, installation, sculpture, and drawing, Shaper of God takes inspiration from science fiction author Octavia E. Butler’s (b. 1947, Pasadena, CA) novels and life, and the lives of other African-diasporic people who formed, and were formed by, the adjoining communities of Altadena and Pasadena, California.

This exhibition by American Artist (b.1989, Altadena, CA) draws its title from an epitaph in the religious text “The Books of the Living”—written by Lauren Oya Olamina, the protagonist of Butler’s 1993 novel, Parable of the Sower—instructing followers to “Shape God.” Works alluding to the time and place in which Butler wrote are situated within a portrayal of Robledo, a fortified city in which Olamina spends the first part of the novel. After Robledo is sacked, she and other survivors trek across a dystopian California in the year 2024; they ultimately find refuge in Acorn, a new community founded by the lead character. The exhibition layers the landscapes in which Butler lived with those she imagined, in order to consider history’s cycles, and how these patterns can unpack the present as well as grow visions of a new future.

Robledo Community Wall (Olamina cul-de-sac) (2022), referring to the defensive walls throughout the fictive city, divides the gallery. Through its breached gate sits To Acorn (1984) (2022), a sculpture resembling the legacy signage of the city bus stops that Butler would have waited at. Yannis Window (2022), a simulation of a “media wall” used in the book to publicly broadcast the news, rests in front of the implied waiting station. There, The Arroyo Seco (2022) a mockumentary produced by the Robledo Historical Society, a fictitious entity created by American Artist, is screened. Parodying a vintage advertorial of a Pasadena landmark, the video reassesses the history, from colonial settlement till today, of the area of the same name—at different points in time, American Artist, Octavia E. Butler, and NASA’s Jet Propulsion Laboratory (JPL) have all been housed along the Arroyo Seco, a canyon, seasonal river, watershed, and cultural attractor that runs through the region. Octavia E. Butler Papers: mssOEB 1-9062 I(all 2022), a suite of drawings replete with reflections from the author as well as her mother, line the gallery walls.

Like Butler, American Artist spent their formative years in and around the adjacent communities of Altadena and Pasadena.  Their work spans multiple forms of media and narrative to provoke a rethinking of how history and information is used, by whom, and to what end. By coupling seemingly heterogenous ideas around technology, race, surveillance, identity, and place, American Artist coaxes new perspectives on how power and agency are articulated by and through each.

American Artist carried out part of their research for this exhibition while a grantee at the LACMA Art + Technology Lab, in communication with Ayana Jamieson, co-founder of the Octavia E. Butler Legacy Network as well as at the Octavia E. Butler archive at The Huntington, and through the Ways of Reading initiative at KADIST.