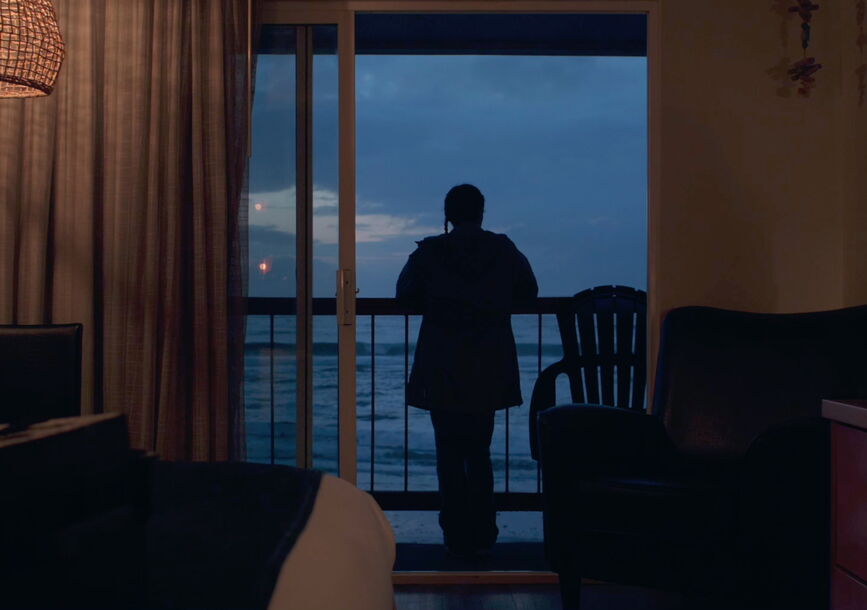 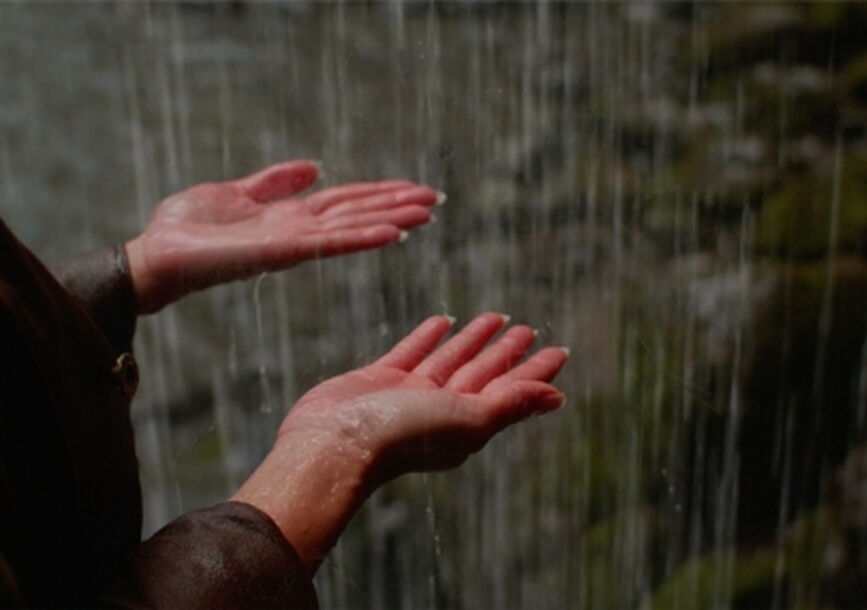 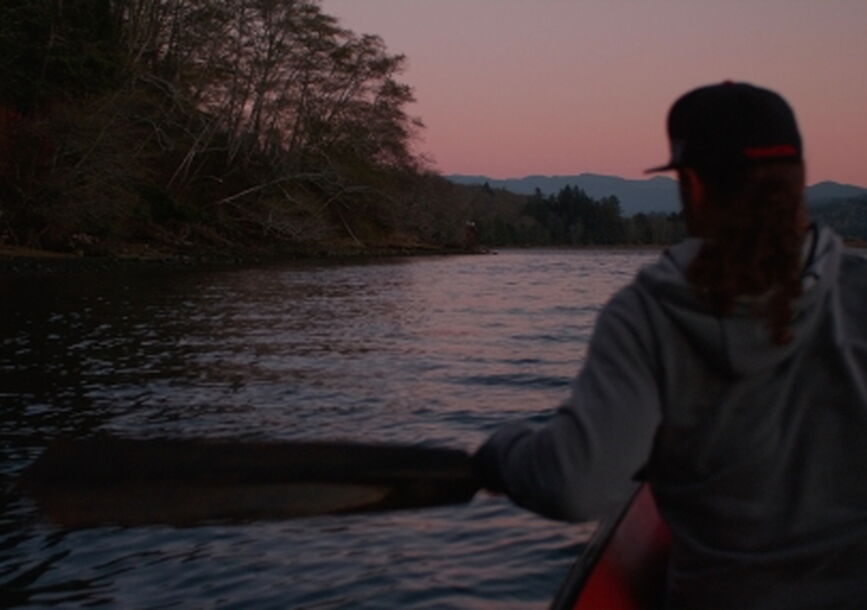 Presented in collaboration with the Herb Alpert Award in the Arts

Available April 17, 2021 to ticket holders with a password. Purchase a ticket here.

To watch, please visit watch.redcat.org and enter your ticketed password in the Ticket Holders section.

Live Q &A with Sky Hopinka, moderated by Berenice Reynaud

Join on Zoom by clicking here and entering your ticketed password.

REDCAT is proud to be part of a cluster of screenings celebrating the 2020 recipient of The Herb Alpert Award in the Arts in Film/Video, Sky Hopinka, whose captivating debut feature, maɬni – towards the ocean, towards the shore (82 min), which world premiered at the 2020 Sundance Festival, will have its nationwide release. Circling the origin of the death myth from the Chinookan people in the Pacific Northwest, Hopinka adopts unconventional documentary techniques (such as an oblique, non-frontal glance) to follow Sweetwater Sahme and Jordan Mercier as they wander through the splendid nature that surrounds them, shifting back and forth between English and Chinuk Wawa (both languages being subtitled). Sweetwater is pregnant and Jordan a family man; the separate paths they take to contemplate the afterlife, rebirth, and death hauntingly echo each other.

…rivals in visual and linguistic beauty any new art I’ve seen in some time.

Sky Hopinka was the 2020 recipient of The Herb Alpert Award in the Arts in Film/Video.

The Jack H. Skirball Series is organized by Bérénice Reynaud and Eduardo Thomas and funded in part by the Ostrovsky Family Fund, with special support provided by the Academy of Motion Picture Arts and Sciences.