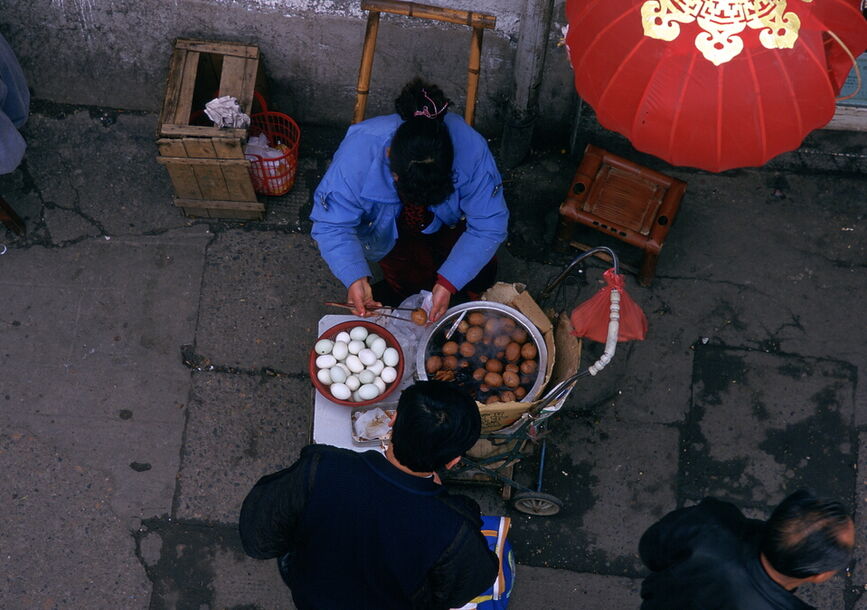 During “her long and splendid career” (New Yorker) spanning nearly five decades, legendary German auteur Ulrike Ottinger has run the gamut from flamboyant, cutting-edge fictions (Dorian Gray in the Mirror of the Yellow Press, 1984) to groundbreaking documentaries, such as Taiga (1992) or Exile Shanghai (1997, 280 min.). Shot by Ottinger herself, the film conjures memories of Jewish immigrant lives in Shanghai—from Sephardim in the mid-19th century, to Russian emigrés escaping pogroms, to Europeans fleeing the Shoah. Unexpected versions of utopias emerged—such as the existence of a queer scene or the opening of Viennese-style pastry shops in the ghetto where the community was confined during the Japanese occupation. Ottinger composes a fascinating mosaic by interweaving interviews with six expatriates, rare archival material (visual and musical) and meditative, long takes searching the cosmopolitan city for traces of synagogues, schools and salons.

The film is in five parts and will be presented with a 30-minute intermission at 7:00 PM after the second part. Screening will resume at 7:30 PM and will be followed by a Q&A with Ulrike Ottinger.

The Village Voice “Combines an outlaw’s spirit and an ethnographer’s eye with an artist’s sense of wonder.”

Curated by Bérénice Reynaud as part of the Jack H. Skirball Series. Funded in part by the Ostrovsky Family Fund, with special support provided by the Academy of Motion Picture Arts and Sciences.