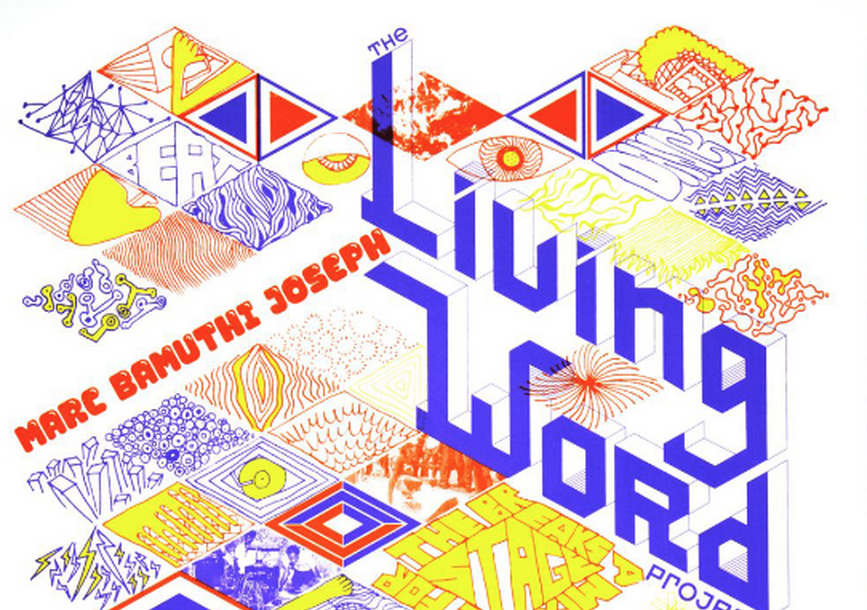 In this salon, organized in conjunction with the exhibition Inside Out & Upside Down: Posters from CalArts 1970-2019, designers and CalArts alumni Tasheka Arceneaux-Sutton and Silas Munro will gather with former classmates and colleagues Lorin Brown and Cameron Ewing, and former faculty Garland Kirkpatrick to discuss their experiences as Black graphic designers, educators and as members of the CalArts community.

In her research preparing for the exhibition, Arceneaux-Sutton estimated 1% of all design alumni from CalArts are Black. Furthermore there are only 3–5% of working design professionals that are Black. The panelists will discuss why historically there are so few Black graphic design students and Faculty at CalArts, how CalArts as an institution might respond to this, and what solutions might be created going forward.

This is the final public talk of a series of conversations that critically address the exhibition in relation to issues of inclusion and representation in the field of graphic design and graphic design education. Organized by Arceneaux-Sutton and Munro, these salons host CalArts alumni, guest designers, artists, and educators in a lively set of virtual conversations.

This FREE event will be held on Zoom. To register, please click here.

Lorin Brown is a designer, educator, and illustrator. His work is an unafraid exploration of shape and color, usually paired with some playful references. It has taken form as editorial illustration, graphics for apparel, album cover art, and more. Lorin grew up in Wayne, Pennsylvania and now lives in New York City. He currently teaches at Pratt Institute in Brooklyn, NY and works at Los Angeles based Parallel Brands. In his spare time he enjoys comedy and spending time with his dog Oskar. Brown graduated from the graphic design program at CalArts in 2010.

Currently an Executive Creative Director at Facebook, Cameron Ewing is a creative brand leader with 15+ years of experience. An innovator whose work reaches across multiple mediums, including VR, film, digital, and integrated brand campaigns, for the past seven years Cameron has helped craft the creative and strategic vision for the brands across Facebook’s Family of Apps (Facebook App, Messenger, What’s App, Instagram, Facebook Company). Leading up to Cameron’s tenure at Facebook, he ran his own boutique digital creative shop in San Francisco, and before running his own studio Cameron was a Creative Director at Landor San Francisco where he was hired to usher in the office’s digital era of brand work. In addition to having worked in-house at Apple he has worked with global brands including, Starbucks, Nike, Facebook. He holds an MFA in Graphic Design from California Institute of the Arts, a Post-Baccalaureate degree in Design at the Minneapolis College of Art & Design and a BA from Princeton University. Cameron stays active in the world of design academia by giving talks and leading a variety of design, typography, branding and other creative workshops.

Garland Kirkpatrick is an award-winning graphic designer, curator, and educator whose socio-political graphics have appeared in film, exhibitions, and are in the permanent collections of regional, national, and international museums including the Los Angeles County Museum of Art, the Center for the Study of Political Graphics, the Cooper-Hewitt Design Museum, the AIGA Design Awards Archives, the Oakland Museum, Self Help Graphics, the Smithsonian, the Museum of Fine Arts in Budapest, and the Zurich University of the Arts, Museum of Design. His graphic designs have been published in editions one and two of The Design of Dissent: Socially and Politically Driven Graphics, by Milton Glaser and Mirco Ilic, The McKinsey Quarterly, and Richard Linklater’s independent film Fast Food Nation. He has received national design awards from the American Institute of Graphic Arts (AIGA), the American Center for Design, and the American Alliance of Museums. Kirkpatrick received a City of Los Angeles (COLA) Individual Artist Fellowship for Design.

Tasheka Arceneaux-Sutton is an Associate Professor of Graphic Design at Southeastern Louisiana University and faculty in the MFA Program in Graphic Design at Vermont College of Fine Art. Tasheka is the principal of Blacvoice Graphic Design Studio who does work for small businesses, educational institutions, and nonprofit organizations. Tasheka’s research focuses on the discovery of Black people whose work has been omitted from the graphic design history canon. She’s also interested in the visual representation of black people in the media and popular culture, especially through the lens of stereotypes. Tasheka holds an MFA from CalArts, where she also worked as a graphic designer in the office of Public Affairs and a BA from Loyola University New Orleans.

Silas Munro is a partner of Polymode, a bi-coastal design studio that creates poetic, and research-informed design with clients in the cultural sphere and community-based organizations including MoMA, The Phillips Collection, The New Museum, Mark Bradford at the Venice Biennale. Munro’s writing appears in the book, W. E. B. Du Bois’s Data Portraits: Visualizing Black America published by Princeton Architectural Press. The project is featured in articles in Smithsonian Magazine, The New Yorker, Black Perspectives. He has been a visiting critic at MICA, RISD, and Yale University. Munro is an Associate Professor at Otis College of Art and Design and Advisor, and Chair Emeritus at Vermont College of Fine Arts.