Staying on the Grid: Platforms, Psyches, and Paths 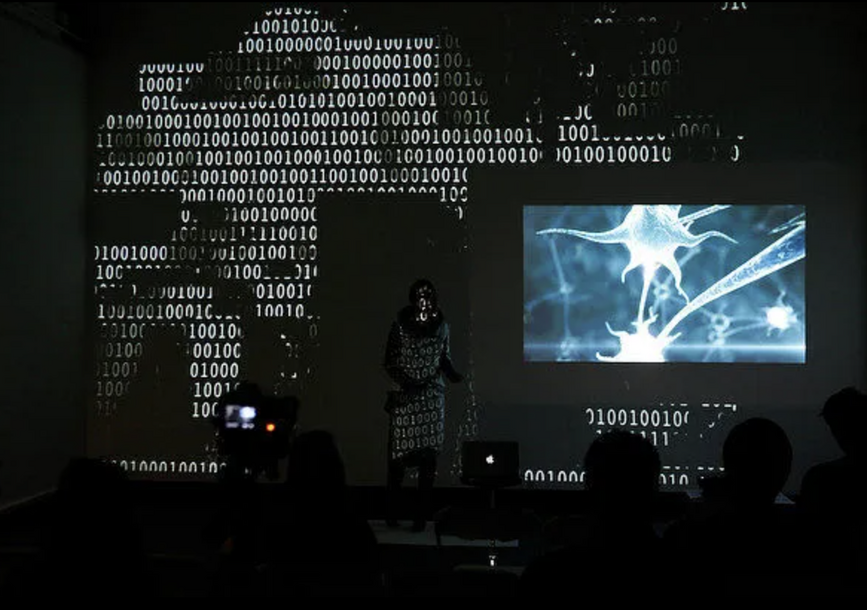 If Twitter is the canary in the coal mine, then the era of social media may soon be over. Or is it? This daylong conference organized by the CalArts MA in Aesthetics and Politics program and the School of Critical Studies brings together community groups, artists, and researchers to discuss the future of the digital. Thinking about what it means to “stay on the grid,” participants will discuss the current state of internet platforms, the mental states that come from being on the web, and creative alternatives for envisioning alternatives.

Providing an off-ramp to the macho planetary land grab that currently drives the internet, the conference aims to join the exodus from mainstream platforms. Discussions will look for aesthetic avenues that offer a glimpse into a new digital future worth inhabiting through three panels.

U Bored?: Mental States of the Net

(1 p.m.—3 p.m.) ”U Bored?: Mental States of the Net” considers psychic life on the web. Panelists include community-based practitioners examining the social impacts of digital culture: Matias Viegener, writer, artist, and critic who has been examining the connection between intimacy and the digital; Scott Benzel, a multimedia artist plumbing the depths of the internet and technology worlds; and Lauren Lee McCarthy, an artist examining social relationships in the midst of surveillance, automation, and algorithmic living.

(3:30 p.m.—5:30 p.m.) “Re:re:Reboot: Hacking Failed Systems” looks at alternatives to the current state of the internet. Panelists include Cryptoparty LA, an anonymous hub for sharing tools that protect the vulnerable; Ramesh Srinivasan, who researches how new technologies can support Indigenous, non-Western, and other global communities; and artists Dan Bustillo and Tim Schwartz, who work on data privacy and information security as a response to the power dynamics of surveillance culture.

Related Event: A lecture-performance by media theorist Geert Lovink, We Are Not Sick, (8:30 p.m.) followed by a dialogue with artist Ben Grosser, who examines the cultural effects of software.

Staying on the Grid: Platforms, Psyches, and Paths is hosted by the CalArts MA in Aesthetics and Politics program and the School of Critical Studies, with curation by Interim Program Director Andrew Culp and MA student Maisa Imamović.